Fun Facts about this Iconic Monument on Highway 17 North

Welcoming visitors for over 50 years! 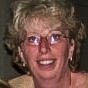 Since 1963, the Wawa Goose has welcomed visitors from around the world to the northern town of Wawa. Below are some fun facts about the famous goose that you may not have known.

4. The Goose was developed to attract tourists to come to Wawa after the highway bypassed the downtown core.

7. The Goose comes from the meaning of the word "Wawa" which means "Wild Goose or Land of the Big Goose" in Ojibwe.

8. The new Goose monument was unveiled in 2017 thanks to the fundraising efforts of the town and residents.

If you have any fun facts about the Wawa Goose that is not on this list, please send them to me at info@algomacountry.com and I'll add them to the list.

The goose monument was the idea of local entrepreneur Al Turcott. Although not originally from Wawa, Al first came to the town in 1939 for work and became so fascinated by the area that he sent for his wife and children to join him. By the 1940s, Al began operating Turcott's Dry Goods and Clothing store and became very involved in the community. So much so, that Al played an essential role in secure the Lake Superior route of the then proposed route of the Trans Canada Highway through Wawa. Concerned because the final plans had the highway bypassing Wawa, Al and other local businessmen created the idea of the Goose Monument to stop tourists on their TransCanada trips.

You can learn about Wawa here: www.wawa.cc

Algoma's cities and towns are a great base for an outdoor adventure whether your planning a driving or motorcycle tour, fishing, taking a family vacation, or looking for a weekend getaway for two.

Carol Caputo I am a staff writer for Algoma Country. My team markets the most beautiful area of Northern Ontario! We represent 28,000 square miles of pure outdoor paradise! Our offerings include urban, nature and outdoor tourism, fishing and hunting as well as fantastic motorcycle touring routes. And yes, I have the best job in the world! For more information on Algoma Country visit our website at www.algomacountry.com