Superior: Into the Landscape

Superior: Into the Landscape

Discover why Lake Superior has inspired generations of artists

A writer reflects on why the greatest of the Great Lakes is so captivating. 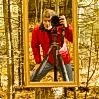 By Rob Stimpson
Rob is an internationally published, award-winning photographer

Standing on the shores of Old Woman Bay in Lake Superior Provincial Park, a fresh breeze is blowing—a nautical term for winds of around 35 km an hour. The beach is waking up with these strong gusts. It's sending anything light enough tumbling end over end. In the distance, the huge cliff, which is the signature of this ancient landscape, is bathed in the soft glow of the afternoon light. The whitecaps on Lake Superior look forbidding as they surge onto the shore. I think I'm far enough back from the water’s edge when one wave chases me further up the beach. This is the world’s largest freshwater lake. I have paddled its shores, hiked its trails, driven the highway alongside it—she casts her spell on all who visit.

Old Woman Bay: A Must Stop on Lake Superior

There is something about this lake, its sheer immensity that overwhelms visitors. But the power it exudes is something one can only experience by being there. A backcountry trip following these ancient shores, hunkered down in your camp, protected from the wind—or La Vieille as the voyageurs would call her—is a chance to explore her topography. The wilderness here is as good as it gets. Once north of Wawa, you are entering the boreal forest, one of the largest intact forests in the world.

a source of inspiration

Some say the landscape inspires, it speaks to the artist who then takes that inspiration and creates their art. Algoma and the spell of Lake Superior grab you. Artists, musicians, and writers might call this their muse. Algoma became that for the iconic Group of Seven. After the death of Tom Thomson, Lawren Harris, J.E.H MacDonald and Dr. McCallum, the benefactor of these artists, migrated north from Algonquin and Georgian Bay to discover Algoma. MacDonald wrote, “It is a land of Dante’s heart,” describing how it had “all the attributes of an imagined Paradise.” Soon to follow A.Y. Jackson, Arthur Lismer, Franz Johnson then later, a newer member after the forming of the Group A.J. Casson.

In the 1970s renowned photographer Bruce Littlejohn, along with writer Wayland Drew, created one of the first coffee table books about the lake called, Superior: The Haunted Shore. Littlejohn’s images, while shot on film using older printing technology, still capture the soul of this lake. Drew’s writing about this iconic place still resonates today. He takes us on a journey into history, as well as environmental issues. Firefly Books republished the book in 1995 and although it is currently out of print, there are pre-owned editions available.

Travelling the Trans-Canada Highway north of the Sault, one cannot help to want to pull over on a frequent basis. As you accelerate up the hill at Montreal River watching the lake unfold, you start to understand why this route is one of the top drives in Canada.

On many occasions, while on photo shoots, I would watch for places to pull off just to listen to the lake. There is something about the sound of the waves hitting the shore or the wind singing through the pines. Henry Beston, the author of the naturalist classic The Outermost House in the 1930s, talks about the three great elemental sounds in nature: the sound of rain, the sound of wind in a primeval wood, and the sound of the outer ocean on a beach. Those sounds are all part of the lake. When he speaks of the ocean, well, Superior is an ocean. Think of the powerful storm that brought down the Edmund Fitzgerald on that night in November, 45 years ago.

No matter where you go in Algoma, a park, a small town or hiking inland on one of the many trails there is something for everyone. COVID-19 has put the brakes on much of our ability to travel. When the time comes, head north of the Sault, take in this exhilarating place. Bring your camera, a sketchbook, walking poles but don’t race across this landscape, stop, digest what you are seeing, feel its presence, you won’t be disappointed. Rob Stimpson Rob is an internationally published, award-winning photographer best known for capturing the wilds of the Canadian outdoors. In addition to teaching photography at Fleming College and doing workshops, Rob’s work can be seen on Ontario Parks, Ontario Tourism & Parks Canada web based and print publications. With covid he is teaching and doing his talks over zoom as well his gallery is open with social distancing protocol.