The Karhi family has been working the land in Northern Ontario since the 1940s. Today their farm is known for specializing in one of the culinary world's hottest commodities—bison. 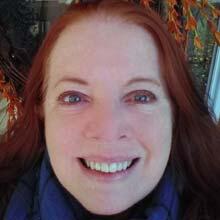 Just off Highway 17 East, near the St. Joseph Island turnoff, there is a farm that has over eight hundred head of bison grazing on its vast acreage. The Grand North Bison herd, on Northorizon Farms near Desbarats, Ontario, just east of Sault Ste.Marie, is the largest bison herd in eastern Canada.

“We started out with five young calves over twenty-five years ago," said John Karhi, owner of Northorizon Farms. “What started out as a hobby, turned into a fully operational bison farm. My wife Amy and brother Jim work with me full-time on the farm.”

Northorizon Farms, and the land the Karhi family settled on was started by John’s grandparents, who immigrated from Finland back in the 1940s, after World War II.  “Back then, it was a working dairy farm, and up until fourteen years ago, we were milking cows. We did have a beef cattle operation for a number of years, but now we are exclusively raising bison.”

One of my first questions: “What's the difference between bison and buffalo?”

“There is no difference, although Bison is the proper scientific name," John explained. "Buffalo is a name that became common, because some people back in the 1800s thought they looked like water buffalo. He noted, "there are two types of bison: Plains and Wood Bison and our herd is a combination of both types.”

Having never been around bison before, I was struck at how large and majestic these animals are. “They’re powerful animals and are much different to handle than cattle,” John told me. “They can communicate with each other within the herd, at lighting speed. The male and females look similar, in that both have horns, but it’s the shape of the horns that distinguishes between the sexes. Also, we’ve had male bison weighing up to 2,400 pounds.” That’s a big animal!

With over four thousand acres of grass pasture, our herd are able to roam stress free. We work with nature, and raise the animals the way mother nature intended. We implement rotational grazing, which means that we allow the bison to live off the land in their natural environment, while moving them from section to section to eat the natural grasses. In the winter, they are fed hay that was cut during the summer, which in turn produces lots of viable seeds for natural regeneration. We put out large bales of hay allowing them to 'graze' on top of the snow.  When the snow melts, the bison have reseeded and fertilized the earth, providing perfect growing conditions for the soil to regenerate and for the cycle to start over again.

“So far, we have been selling our live bison in the U.S., to places like Michigan and Nebraska. There is a good market for bison meat in the U.S.” said Karhi.

“We are moving towards working with and serving a local market, to sell our products within Ontario," Karhi says. Currently, he tells me, the animals are processed at abattoirs on Manitoulin Island or in Massey, but the plans are in the works to eventually process the animals closer to home at the former Quality Meats abattoir outside of Bruce Mines—once Penokean Hills Farms moves out and builds its new plant. "We will be taking over the operation and will be making changes and improvements. We’re very excited about this expansion in our business, because it will not only mean an increase in capacity to process our own animals much closer to our farm, but it will also allow other farms in the area to book their own processing times too and not have to travel long distances,” said Karhi.

With the expansion of the abattoir, the staff will grow from three full-time workers to around ten or fifteen.

What is different or unique about Bison meat?

John was able to show me a chart comparing different types of meat and how they compare to bison. In short, bison has less fat, with fewer calories, less cholesterol and more iron than most other meats. It’s an alternative to red meat, in that it’s similar in texture, flavour and appearance to beef, but it is leaner and has more nutrients.

Their products are currently available for purchase at Highway 17 East Trading Post, The Country Way, and at the Mill Market Sault Ste. Marie from Mountain Maple Products.

Customers can also purchase directly online from the website through www.grandnorthbison.ca and plans are in the works to open an on-farm store. Customers will be able stop in and buy directly from the farm starting early in 2021.

Grand North Bison is a member of the Canadian Bison Association. There are some excellent recipes on the site for those who are interested in adding bison to their diet. More recipes are also available on their own website here.

I was impressed that their products were available locally, and this unique, top-quality farm and herd of bison was located right here in Algoma. I have to say, bison meat is delicious! I can’t wait to try all of the products they offer. A new way to experience ATVs in the Winter.