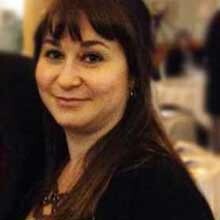 The TVO documentary created quite a buzz about travelling to the Algoma region. Painted Land: In Search of the Group of Seven documented the awe-inspiring landscapes that were painted by the Group a century ago. Paddling, hiking and bushwhacking, three modern-day Northern Ontario explorers discover the cultural significance of Algoma. Through photography and research, these internationally iconic paintings, known to millions, are revealed as real places that still exist today.

Seeking Solitude: Glenn Gould and His Connection to the North The film from White Pine Pictures provides insight into the Group of Seven artists and the works they painted here in Northern Ontario.

Having premiered at the 2015 Vancouver International Film Festival and the 2015 Algoma Fall Festival, Painted Land is a documentary that helps create a deeper understanding of these men and why they chose the remote, rugged wilderness of Algoma. This is a unique film with past meeting present: it brings together the stories of Lawren Harris, J.E.H. MacDonald, A.Y. Jackson, Frank Johnston, Arthur Lismer, Franklin Carmichael and A.J. Casson with three modern-day investigators: historian Michael Burtch, and the writing and photography team of Joanie and Gary McGuffin. Through the use of letters, journals, archived film and photographs of the artists, viewers travel back to early 20th century Canada with the film intertwining the artists' history with a modern-day adventure to track down the precise locations of their famous paintings.

PAINTED LAND: In Search of The Group of Seven (sizzle reel) from WhitePinePictures on Vimeo.

5 Things About the Film

1. The boxcar was re-created for the film. Michael Burtch and a team took a metal fabricated boxcar and transformed it into the wooden boxcar that members of the Group of Seven lived in during their painting excursions.

2. Newly uncovered never seen before historic footage of the Group of Seven is part of the film thanks to the Arts and Letters Club in Toronto.

3. Filming took place in remote locations and it was a challenging shoot. The crew hauled gear 600 feet above a lake and there was no cell service and no power at times.

4. Filming was spread out over three seasons and 21 days with the crew battling the typical Northern Ontario environment: bushwhacking, portaging and blackflies!

5. Aerial footage was captured by a drone and by helicopter. Eagle Feather Aviation even put floats on their helicopter.

Capture Your Moment in Algoma

You can hike, drive and travel by train to 21 sites that are authentic Group of Seven painting sites, locations that compliments and highlights their experiences in Northern Ontario, or a location where visitors can connect with the Group's cultural history. These 21 interpretive sites throughout Algoma and the North Shore of Lake Superior will help you experience what the Group saw, painted, and felt at the moment they captured on canvas in the heart of the Canadian wilderness.

Order a Group of Seven Touring Route Map at www.momentsofalgoma.ca