Searching for Sasquatch by ATV

The mythical forest creature has been spotted in Ontario. Could be just the right excuse to take a trip to the deep woods... 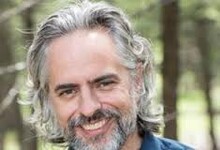 By Paul Malcolm
Paul Malcolm is a B.C. native currently based in Ontario.

Growing up in British Columbia, I was introduced to the myths surrounding the Sasquatch at a very young age. I didn’t believe such a creature actually existed, but I reveled in the exciting notion that a hairy, manlike monster might be hiding in my backyard woods. Later in life, as an adult, I befriended a biologist who confessed to me that he believed in Sasquatches. I respected his scientific intellect, and began casually researching the arguments he made in favour of the existence of such a seemingly preposterous creature. It turns out there are a lot of people, including reputable scientists and those who know the woods, who share his unconventional views. Even pioneering chimpanzee scientist Jane Goodall once admitted she was sure a Sasquatch-like creature existed.

When I moved to Ontario several years ago, I thought I’d have to put my dreams of seeing a Sasquatch on hold. As it turns out, Ontario’s forests have a well-documented history of hiding this mysterious animal, and autumn provides the perfect time to get you and your ATV into some prime Sasquatch habitat.

A Brief History of the Ontario Sasquatch

While the Pacific Northwest has long been viewed as Sasquatch HQ, there have actually been Sasquatch sightings in Ontario dating back more than 100 years, since long before the famed Patterson film turned Sasquatch into a cultural icon.

The earliest reports date from 1906 in Northeastern Ontario, near Cobalt, when mining prospectors spotted a dark, hair-covered creature with a light-coloured mane. Subsequent reports from this region would give this particular creature the name “Old Yellow Top.”

According to the Bigfoot Field Research Organization—the group behind the popular Finding Bigfoot television program—Ontario follows British Columbia for the number of Canadian Sasquatch sightings. And with Ontario’s more accessible landscape, one could argue that we have better opportunities to get into Sasquatch territory.

Canadian filmmaker Dee McCullay has produced a new movie exploring the many strange encounters people have had with the beast in the Lake Superior area.

When asked why he was creating such a film, McCullay explained, “I’ve heard the stories. I do believe there are some around here, around Superior, because it’s just a vast area of forest, unexplored."

Reports of Sasquatch activity near Cobalt have continued into the 21st century. Sasquatches have also been seen in other parts of Algoma Country, notably Lake Superior Provincial Park, which has been a hotbed of activity with numerous reports over the past decade.

Looking back over the past 20 years, a couple of regions stand out for sightings. Northwest Ontario’s Rainy River district, with its old-growth forests and lakes teeming with wildlife, has produced a number of reports of Sasquatches crossing roads and lurking in the brush near camping Boy Scouts. There have also been a relatively high number of sasquatch sightings coming out of the Leeds and Grenville counties in Southwest Ontario. One of the closest encounters involved a man who came face to face with a curious Sasquatch on his cabin deck. It sounds terrifying, but it’s worth noting there have been few documented reports of Sasquatch ever attacking anyone. Seeing Sasquatch for Yourself

While Sasquatch sightings seem to be a matter of luck, those with the means and ambition to get off the beaten track might find themselves in a better position to experience that life-changing encounter.

Autumn is a particularly good time to look for Sasquatch. As the brush dies back, the woods open up. If you have an ATV, you’ll find yourself able to go places that were off limits just a few weeks before. It’s also a time of year when the creatures of the forest have fewer places to hide. Those with a keen eye may catch sight of something that seems amiss, such as large tracks in the mud, or a strange figure watching them from nearby.

Of course, the only way you’ll have any chance of seeing a Sasquatch is to just get out there. Spend as much time as you can in the woods. Even if you get skunked, Ontario’s natural beauty guarantees you won’t be wasting your time.

While science has yet to accept the existence of Sasquatch, that doesn’t mean there isn’t something out there. Think of it this way: even if 99% of the reports are based on misidentifications or hoaxes, that that still leaves 1% that cannot be easily explained away. And when you’re looking at thousands of reports, that 1% is a pretty big number. With an open mind, you might stumble on something you would have otherwise missed and have yet another reason to brag about Ontario’s wilderness wonders.

Your odds of seeing a Sasquatch are infinitely better when you're situated deep in those Northern woods. Click here for a list of the top fall touring destinations for ATVing in Ontario. Paul Malcolm has worked as a research scuba diver for the Vancouver Aquarium, cared for endangered big cats in the Mojave desert and booked movie premieres at the Egyptian Theater in Los Angeles.