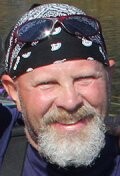 Scott Earl Smith is an outdoor writer and photographer living in Thunder Bay Ontario. Scott was first published in 1991 in Fly Fisher magazine, and since then his work has appeared in most fly fishing publications in North America and many general outdoor magazines. These credits include popular periodicals like American Angler, Fly Rod and Reel, Eastern Fly Fishing, The New Fly Fisher, Fly Fusion, Canoe and Kayak, OnTarget, Fly Fish America, Ontario Out-of-Doors, and The Outdoors Guide. A Very Productive Way to Hunt in Ontario Check Out These Destinations in Ontario