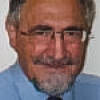 Vin Greco is a life-long resident of Sault Ste. Marie, where he taught secondary School English and then entered administration. He retired as Principal of Sir James Dunn C. & V.S. For many years he wrote a monthly wine column in the Sault Star, until Sun Media decided to carry their syndicated columnist instead. Prior to that, he spent two summers as a wine commentator during the summers on CBC Radio North.

His interest in wine has been life-long. Currently he conducts tastings, formal or informal, upon request, and twice a year partners in a tasting with Chef Ian Thomlinson Upstairs at Rome’s.

Otherwise, he gardens in his garden and enjoys good wines. He also likes cross- country skiing in the winter time and cycling in the summer. Wine Columnist Vin Greco: On The Fairway With Wine And "Crimson Molten Burgers"!