Sunset Country offers different experiences for those looking to hunt! 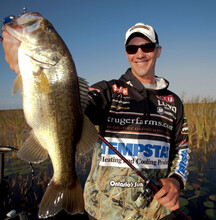 By Jeff Gustafson
Jeff Gustafson is a professional angler living in Kenora, Ontario on the shores of Lake of the Woods.

Through all of the communication I have had with people via social media, one of the perceptions I have been seeing consistently from people is “the fishing must be crazy good up there in Sunset Country after two years of nobody fishing.” For the most part, these folks are right, fishing has been really good throughout 2021 but it’s always pretty good fishing in Sunset Country. The same can be said for the hunting opportunities as well. We going on two years with a lot less hunting pressure than normal so it’s going to have a positive impact in some areas for sure.

Whitetails in the Rut in Northern Ontario

While we’re getting later into the 2021 season, there is still some time to try a last-minute hunting trip. Maybe a good option if you’re already tagged out at home or you want to hunt somewhere amazing! A lot of the resorts across the region have shut their doors for the rest of the season but there are a few that remain open late. The 2022 season should be good to go for visitors so it’s never a bad plan to start making plans so you can book your trip during the best possible time. You never know about the weather but I think it’s good to try and book the prime weeks if you can.

Moose hunting brings a lot of people to the region because they are such a unique animal and there are some great hunting opportunities. The eastern and northern ranges of Sunset Country offer some prime moose habitat and a shot at trophy bulls. Many of the outfitters around the region have fly-in camps where you are flown into moose country and typically get around in a boat to different hunting locations. These big animals like to be close to the water because there is some much good food available and I’m sure it’s convenient to have water close by to get a drink anytime. The moose rut typically happens in late September, early October, and being around the water provides hunters with some great places to set up and call. Your outfitter will be able to give you advice on when the prime rut typically happens each year in the areas that they hunt.

Moose populations are declining in many areas of North America and we’ve seen declines in areas here but the core areas still offer good moose numbers. Severe fires during the summer of 2021 burned a lot of habitat in moose country and I’m sure a lot of animals have been displaced but there will good some top-notch habitat available in the coming years which will be good for both moose and hunters.

We might never see the outrageous deer hunting that we saw in the early 2000s when NW Ontario could have been considered one of the top spots to deer hunt in North America but remember one thing. The genetics are still here.

Due to a combination of events that ranged from easy winters to a plentiful food supply, minimal hunting pressure, and other factors, the deer population exploded in the late 90s. I had my first hunters visit the Lake of the Woods area to hunt with me in 2005 and I can remember that first week was so fun. I had two hunters from Wisconsin who both ended up becoming really good friends. We hunted on foot, getting on open ridges and still hunting. We were mixing in some rattling sessions from time to time and were rattling in multiple bucks every day. It was so fun. Anyways, on the last day of the hunt, one of the hunters who had passed on some nice bucks earlier in the week tagged out on a monster 17 point 190 class (gross) non-typical buck. Later that fall my good friend Dave Bennett tagged another buck in the same class while we were moose hunting and those two deer were to two biggest I have ever had my hands on. We really didn’t know how good we had it back then. I was in my early 20s and it was an adventure out there every day. The deer population and the hunting remained strong until 2012 or so. Several bad winters in a row, combined with a big jump in wolf numbers and significant hunting pressure were a major blow to the deer numbers.

Since the decline, we have had to work a lot harder to make contact with big bucks but they still exist. We have a massive amount of countries with great deer habitats and for the hunters or outfitters who put in some effort, there are still some great animals to hunt. There are some talented outfitters across the region who offer great places to stay. When you consider the cost to deer hunt in some higher-end areas versus the cost to hunt in Sunset Country where you have a big country and an opportunity every day at a true giant, it’s still a good destination to plan a visit.

Around 2010 I started to get dozens of photos of wolves on my trail cameras during the deer season and a lot of my guests were asking questions about wolf hunting so I figured I’d give it a try in January when there wasn’t a lot going on around home. I asked a few guys that I knew had hunted wolves in the past for any pointers and they said you can bait them out onto the ice with deer and moose scraps, so that’s what I did.

I started hosting wolf hunts and was quite busy with it for years. They are smart animals and not the easiest to hunt but if you got into a good area and they hadn’t been hunted before it could be some great action. I had hunters who had packs of ten wolves come out onto the ice in front of them multiple times, we would hear them howling all the time and it was impressive how many encounters we were having because you don’t see them all that often for how many are out there.

I think the wolf numbers might be down a little from their peak, largely because of the decline in deer numbers but there are still plenty of them out there. If wolf hunting interests you, there are outfitters sprinkled around the region who offer hunts. When you consider that you can drive to Sunset Country relatively easily from anywhere in the Midwest, it’s the place to go wolf hunting. Wolves kind of do what they want - it can seem so easy to see them some weeks while they can disappear the next but my experience seems to be that the more remote you get, the better your odds.
Most outfitters are going to bait wolves and have their hunters sit in a ground blind, which is a proven tactic. I haven’t spent a lot of time doing it but I have some friends who are having success calling them as well. It’s a unique hunt if you’re looking to try something different and if you come during the winter when their coats are at their best, you’ll get to experience some real Canadian winter!

Hunting opportunities abound across Sunset Country for these big game animals as well as black bears and a variety of small game as well. There are resorts and outfitters who cater to hunters, can put you up, and show you a great time. It’s never too early to start planning that hunting trip for next year! Jeff Gustafson is a professional angler living in Kenora, Ontario on the shores of Lake of the Woods. His outgoing, genuine, friendly attitude makes him a natural outdoor writer, fishing and hunting guide." You'll see him fishing the Bass Master Tournament Circuit where he's has had a lot of success against the best bass anglers on the planet. Jeff also fishes many bass tournaments in Ontario's Sunset Country, his home base.