The Rainy River First Nations people have been on this Northwest Ontario land for thousands of years. At the Kay-Nah-Chi-Wah-Nung Historical Centre, they offer a gateway to history and guidance to nature. 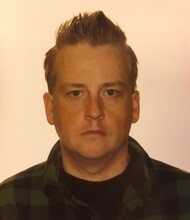 Visitors to Northern Ontario are often drawn by the majesty of the wilderness—and with good reason. But guests to the area may not get a complete introduction to Northern Ontario’s natural treasures unless they go to the people who know the land best.

West of Fort Frances, just north of the US border and south of Highway 11, it’s the Rainy River First Nations where locals are most closely acquainted with the land and its knowledge. The Rainy River Ojibway people have occupied this part of Northwest Ontario in one form or another since at least 3,000 BCE, and their intimate knowledge of the land is ancestral, passed down from generation to generation. At Kay-Nah-Chi-Wah-Nung Historical Centre, they invite visitors to celebrate the land and its extensive human history alongside them.

“The people of Rainy River First Nations have been here for thousands of years,” explains Kay-Nah-Chi-Wah-Nung Historical Centre’s Tanya Hunter. “If you look to our creation story, we followed the Migis shell and the food that grows on water—Manoomin (wild rice). This is how the people came to be here.”

Residents of the Rainy River First Nations live where their ancestors did, along the waterway previously known as Manidoo Ziibi, or Spirit River. Kay-Nah-Chi-Wah-Nung, the Place of the Long Rapids, offered an expanse of shallow rapids teeming in spawning sturgeon to thousands of years’ worth of residents.

These ranged from those known as the Laurel people (from 300 BCE through 1100 CE, during the European Middle Ages) to the Blackduck people (800 CE to 1650) to the modern history of Anishinaabeg people, known through different names over the years—Ojibwe, Chippewa, and Saulteux being only some of them. After the signing of Treaty 3 between 1873 and 1916, residents of the community began homesteading, building cabins, farms, and farming infrastructure.

Rainy River First Nations’ residents are very much a thriving community today, but one of the things that draws visitors has been there for well over a hundred generations. More than 2,000 years before the Common Era, residents who lived in area villages at that time—the Laurel people, who were Ontario’s first civilization to use pottery—built burial monument mounds to honour their dead along the edge of Manidoo Ziibi. These mounds rise as high as four-storey buildings.

“The people of Rainy River First Nations have always known it was their inherent responsibility to be caretakers of the burial mounds, from way before pre-contact to present day,” Hunter explains. “The Elders wanted to preserve, protect, and educate everyone about the history of the Burial Mounds.  The chosen way to do this was to build an Interpretive Centre. Here the people of Rainy River First Nations could share with everyone the meaning, the history, our culture, and the pride of the Place of the Long Rapids.”

Those who built the Mounds and their generations of descendants that have kept them up understood the importance of building in harmony with nature, allowing the site to continue in an interrelation with a natural landscape that has left its details undisturbed by time. Kay-Nah-Chi-Wah-Nung is not a museum—it is a continually evolving sacred community site to which the Rainy River First Nations are happy to invite visitors to explore and enjoy.

The hub of Kay-Nah-Chi-Wah-Nung is the Historical Centre itself, where visitors are introduced to the land, and to the culture of the Rainy River First Nations Ojibway who have always tended to it.

“When the Kay-Nah-Chi-Wah-Nung Historical Centre came to be, the people hoped to reach anyone and everyone who was interested in learning about our history,” says Hunter. “Today, we have had people from all over the world visit our centre.  We are humbled to teach them about our culture and our history.”

A visitor may choose to visit the Mounds and the 4 km of shoreline upon which they’re located, or they may also take in the 10 km of trails, on foot or on mountain bike. In winter months, the trails make for great skiing—or snowshoeing, as locals have always done.

In summer, the land itself is an attraction, but the creatures who live on it are also a draw. Especially the birds—the Place of the Long Rapids is a birders’ paradise, with its wetlands, mixed forest, and savannah offering a huge variety of sea and land birds alike.

Where the land and the culture of its stewards overlap is in the teachings of medicinal plants—while guests are asked not to pick plants from the land, they may learn as they walk about the traditional medicinal use of the many plants and flowers that grow abundantly throughout the area.

“Our Tour Guides share their teachings, knowledge in the many medicines that grow here, their own stories about living on our community or working here, and this gives each tour an unique experience,” Hunter says. “There are plants that grow here that are not found anywhere else.”

As interesting as the land are the people, and the Kay-Nah-Chi-Wah-Nung Historical Centre offers one of the best introductions to the people of the Rainy Lake First Nations and their history through their Interpretive Centre. There, a combination of galleries, oral histories, and interactive displays introduce the Ojibway life and culture along Manidoo Ziibi, running from the present to the recent past and all the way to the beginnings of the history of civilization on this site several thousand years ago.

The Rainy River First Nations Round House is also open to visitors. This nine-sided structure has an earthen floor connecting visitors to the earth and cedar poles indicating the four directions; it serves as a community house of learning, where traditions and knowledge are taught in traditional ways. The space plays a central role in the modern community, and newcomers are welcomed inside it through the Kay-Nah-Chi-Wah-Nung Historical Centre.

“We have so much to offer, it is very hard to pick one thing,” says Hunter, adding there is also a restaurant and an aquarium on site. “We hope people, when they leave here, come out with better understanding of the importance of the connection to the Burial Mounds and the land is to us. We educate people, as instructed by our elders, to teach everyone who walks through these doors how important the land is to us.” Jesse Staniforth is a freelance journalist specializing in Indigenous issues, the cannabis industry, and food safety. Since 2011 he has contributed stories to the Nation magazine, serving Quebec's Cree Nation of Eeyou Istchee, on the east coast of James Bay.