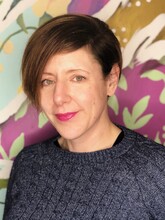 By Robyn Fadden
Writer and editor Robyn Fadden is an explorer searching out hidden historic gems, city secrets, and quiet green spaces off the beaten track.

The wilderness of Temiskaming Lake awaits not far from Ottawa or Toronto, yet among the forests and waterways you'll find a variety of fascinating historical sites, from fire lookout towers to Fur Trade-era outposts. Motorcyclists with a hankering for history won't have to roam far from the highway to discover sites and stories dating back to the 1800s and long before.

Spanning 440 km (270 miles) in the provinces of Ontario and Quebec, the Temiskaming Lake Tour encompasses three cultures (English, French, and Algonquin) and several lakes, including one of Ontario’s deepest lakes—Temiskaming Lake is named after the Algonquin word for “deep water.” The route ranks among Destination Ontario's Top Ten Motorcycle Routes in Ontario not only for its mix of wide highway and curvier rolling hills, but for its spectacular views and many points of interest along the way.

One of the world's major mining centres in the late 1800s and early 20th century, the Temiskaming area boomed rapidly, spawning Temiskaming Shores’ communities such as Cobalt and Haileybury, but we'll start at the route’s southern end with historic North Bay on Highway 11B.

Between the shores of Lake Nipissing and Trout Lake, the City of North Bay is as well-known for its public beaches as it is for museums, art galleries, and the impressive Capitol Centre theatre arts centre. Boasting a view of Lake Nipissing and downtown, the Discovery North Bay Museum can be found in the Canadian Pacific Railway station, built in 1903 and refurbished to house the museum in 2004. Host to history photography exhibitions as well as the starting point for ghost-storytelling “haunted hikes” of the city's spookiest locales, the not-for-profit organization covers history from the late 1800s to 1960s. Not far away, check out the Heritage Railway & Carousel Company, conducted by volunteers who also have a story or two about to tell about the region, and the Dionne Quints Museum, highlighting the lives of quintuplets who made Northern Ontario famous in 1934.

The sky above: Canadian Forces Museum of Aerospace Defence

Located at CFB North Bay in Hornell Heights, the Canadian Forces Museum of Aerospace Defence traces the long history of Canada's role in global air defence since World War I. It's a must for its aerospace artifacts, including a piece of a downed Zeppelin from the First World War, diaries and letters from the collection of WWII RCAF fighter pilot William Olmsted, Cold War-era displays on the BOMARC missile and the CF-105 Avro Arrow, and more.

A climb with a view: Temagami Fire Tower

With a history dating back to 1910, the 100-foot Temagami Fire Tower sits 1,300 feet above sea level atop Caribou Mountain—the perfect location for spotting fires and for taking in a panoramic view of the surrounding town and wilderness. Situated on Yonge Street (Highway 11), the tower was originally built of wood and stood at 45 feet high, but was demolished 20 years later and rebuilt in steel in 1951. That tower didn't last either, but the current version, built in 1961, has. The highest viewpoint on the Temiskaming Lake, the tower's lookout is well worth the climb. Of note as well, the town of Temagami was once home to world renowned conservationist and author, Grey Owl.

Marking the end of the Temagami region and the beginning of Temiskaming, the town of Latchford is a good place to stop for a bite and a stroll down Northern Ontario's memory lane. The 10-room Latchford House of Memories displays the historic logging area's unique artifacts, church and school records, and photographs dating back to the early 1900s. Once home to a bustling casino during the Cobalt mining boom, Latchford is also where you'll find the Ontario Logging Hall of Fame in an old lumberjack bunkhouse and, perhaps one of the strangest sights around if measured for its use value, the world's shortest covered bridge.

Cobalt is considered Ontario’s most historic town for a good reason: in the early 20th century, it was one of the largest silver mining operations in the world, producing 460 million ounces of silver and supporting a community that ranged from miners to artists, celebrities and Prime Ministers. See the world’s largest display of native silver ore at the Cobalt Mining Museum and trace the mine's history from the days of mining with only wheelbarrows, handpicks, and dynamite. The nearby Bunker Military Museum in the Bilsky Block, once home to the infamous Fraser Hotel, features uniforms and artifacts from the Boer War to the present and reflects the daily lives of soldiers not only from Canada but from the US, Germany, Italy, Russia, France, and other nations.

Ride north to Haileybury, where you'll be treated to views of Lake Temiskaming and discover why the town was once home to the most millionaires in Canada. Millionaire’s Alley, along Lakeshore Road, is one of the few historic streets left after the Great Fire of 1922 and features the restored Presidents’ Suites family of historic homes. Visit the Haileybury Heritage Museum—made easier to spot by the Ontario Northland railway car and tug boat out front—to see a restored streetcar and learn more about the Great Fire and local lore. Also notable, Haileybury was home to Hardy Boys author Charles Leslie McFarlane (aka Franklin Dixon), who based the fictional town of Bayport on Haileybury, where 21 of the first Hardy Boys books were written.

Farms and fields cover the Little Claybelt region in the Temiskaming Shores area, where agrotourism is the name of the game and Miss Claybelt the Cow is a must-stop photo op off Highway 11. But beyond Holstein roadside attractions, the Little Claybelt Homesteaders Museum offers insights into pioneer life from the 1880s through the 1950s, including photos from 63 early rural schools and an exhibition of early logging industry life.

At the top of the route's loop, it's time to go way, way back in history at Notre-Dame-du-Nord's Fossilarium, a paleontology museum with a rare regional plant and animal fossil collection alongside specimens from around the world. And, if you're an amateur paleontologist at heart, they offer allow a limited harvest of fossils on real fossil sites.

Originally a trading post established by French explorers and traders in 1695, the Obadjiwan-Fort Témiscamingue National Historic Site in Duhamel-Ouest, near Ville-Marie, lets visitors witness the realities of the fur trade merchants and First Nations people. In permanent and temporary exhibitions, follow the trade and travel routes taken by First Nations people for over 6,500 years, trace the commercial rivalries between European fur traders, and see what the everyday life of settlers looked like.

Further down highway 101 in Québec, the Train Station Museum in Temiscaming highlights the town's architectural heritage and how the railway station and the national railway, alongside the pulp and paper industry, played a central role in the development of Temiscaming and the surrounding region. Discover the town's origins as you walk through former train tunnels and over waterways.

At the junction of the 533 and 17 highways sits historic Mattawa. You'll recognize the museum by the three white crosses standing across from it and the massive pine statue of larger-than-life French-Canadian folk hero Big Joe Mufferaw, the very subject of the Stompin’ Tom Connors song. Located at Explorer’s Point, once a Hudson's Bay Company post, the Mattawa Museum is made of the same beautiful red pine as that statue and lets you explore the history of the town and the surrounding townships through a collection of Indigenous artifacts, a CPR railroad exhibit, vintage household items, war memorabilia, a sports hall of fame, and more.

Ride north into Canada’s fascinating past on the scenic Temiskaming Lake Tour. With historic sites dating back thousands of years and museums packed with regional history, industrial artifacts and locals’ stories, the Temiskaming Lake area offers a unique glimpse into how people lived in a time before motorcycles roamed the earth. Start planning your adventure on the Temiskaming Loop now!
>