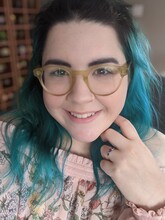 Although the city of North Bay has been welcoming film and television productions since 2009, over the last few years we've seen an increasing number of Christmas-themed productions filmed here. In fact, a whopping fifteen holiday pictures, often made for Hallmark’s Countdown to Christmas series, have been shot in and around North Bay recently. With our historic downtown, beautiful shops, cathedrals, and scenic waterfront, it's easy to see why movie producers are flocking to North Bay! If you're lucky, you may bump into some of your favourite Hallmark Channel characters in and around towm–like actress Jen Lilley, who was spotted exploring North Bay with her sister on her last film shoot.

Be sure to keep an eye out this holiday season for the December 19 premiere of A Christmas Carousel on the Hallmark Channel and the Women's Network. Shop one-of-a-kind gifts for every occasion