Image credit
Photo provided by Pamela Hamel. Northern Microbreweries: Must Be Something in the Water.

Photo provided by Pamela Hamel. Northern Microbreweries: Must Be Something in the Water.

The flavours of Northeastern Ontario are coming together under one roof at this new festival July 15 in Temiskaming Shores! 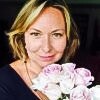 I’m in the business of promoting local food and events because it’s my passion. Whether it’s cheese makers, farmers, or ranchers, there’s a real movement of local foods in BIG Northeastern Ontario. Now, I get to add local brews to the already extensive and delicious menu of the region!

This weekend, you'll be able to find me checking out Temiskaming Shores’ first (and hopefully annual) craft beer festival: North On Tap.

Northeastern Ontario boasts a number of established and budding breweries, so why not bring them together to discover their flavours all under one roof on the shores of beautiful Lake Temiskaming? Like the local silver and gold rushes in the early 1900s, the craft beer industry is booming in our region and breweries are popping up everywhere.

What's on The table?

What’s brewing at this festival? Well, of course there will be some great-tasting beer, live music, fun activities, and some delicious food! North on Tap is partnering with the Northern Ontario Farm Innovation Alliance and Foods by Nature to bring Ontario Northeast Bites. In case you haven’t heard, pairing goes way beyond just wine and cheese. This is your chance to forage regional foods and brews all in one place!

I wonder which beer will cool the palate after one of Down by the Bay’s award-winning Siracha or sushi butter tarts? I'm thinking that the highly acclaimed Les Portes de l‘Enfer from Stack Brewing in Sudbury will go well with Food by Nature’s Parmesan frites that we’re making with Valley Grower potatoes from the Blezzard Valley and Thornloe Cheese’s Parmesan grate. Maybe Bisons du Nord’s sausage skewers will be a perfect match with a cold one from of the newest brewers, Whiskeyjack Beer Company, based in the festival's hometown Temiskaming Shores.

As for beverages, the festival will feature a wide range of breweries and their beers. A mainstay at any Ontario beer festival, Steam Whistle will showcase their well-known, loved, and award-winning Pilsner. Another familiar brewery onsite will be Muskoka Brewery, sampling their unique and refreshing line up of beers. The New Ontario Brewing Co. from North Bay will be on site, and are striving to develop a superior product that will distinctly differentiate them from the large producers.

Full Beard Brewing Co. opened its doors earlier this year in Timmins. The brewery’s signature beer is Five O’Clock Shadow, described as a clean, crisp ale with a hint of bitterness. With at least eight other offerings, the company plans to make a variety of beers that appeal to a wide range of customers. No stranger to festivals, Highlander Brew Co., based in South River, prides itself on the quality of its fresh ingredients. Mentioned above, Whiskeyjack Beer Co., based right in Temiskaming Shores, is the newest budding craft brewery, and locals have been anxiously waiting to get a taste from their own backyard.

Many hours away in Kenora but still in Northern Ontario, Lake of the Woods Brewing Co. is another great addition to this new Northeastern Ontario festival. Finally, rounding out this great line up of brewers is Beau’s All Natural Brewing Company, who have been in business for over 10 years. All of Beau’s beers are certified organic and made with 100% certified organic malt and hops and local spring water. Our local Chef Sean from Zantes’ will feature Beau’s Lug Tread pulled pork with hickory sticks.

A Day on Lake Temiskaming

What more could a girl ask for? Great local food and drink in a beautiful waterfront pavilion surrounded by friendly folks and faces. I’ve been known to kick up my heels, so to complete the day, how about some live entertainment?

Keeping the food theme in mind, all proceeds raised from this event will go directly to support local food banks.

So, are you ready to raise a pint? While this year's food and beverage tent is sold out, tickets are not needed for the surrounding children's pavillion. Come hang out at the waterfront, with sprinklers and swimming, picnic areas, refreshing breezes, and the scenic Lake Temiskaming where you can enjoy all the live entertainment of the day. Boaters can also enjoy taking in the ambiance deckside from their own vessels.

The day promises to open our senses to new sips and introduce inspiring makers in the craft beer and food movement. Here’s to making it an annual event. Cheers!

Pamela Hamel Chef, Blogger, Traveller and former Executive, Pamela explores trends in curating a sustainable lifestyle. Aka “Martha Stewart” of the North, Pamela takes this as a compliment, but it’s a little too snobbish for this hometown girl.  Born, raised and career developed in Northeastern Ontario’s Kirkland Lake area, Pamela moved to Toronto to pursue BIG markets for her BIG ideas.  With an appetite for adventure, Pamela boasts a biz savvy spirit, eye for design and an incredible talent for turning nothing into something. Search #foodsbynature to discover your next inspired living moment.