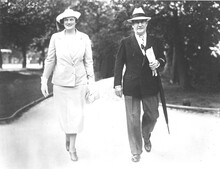 Hit the Trails in Town and Country: Snowmobiling in Timmins

Hit the Trails in Town and Country: Snowmobiling in Timmins

By Matt Corbeil
Matt is an avid outdoorsman from Timmins, Ontario

Timmins is Ontario’s snowmobiling mecca. I know, I know, this is just a bit biased considering I’ve lived here for 27 years now, but this is how I really feel. Northeastern Ontario proves it is the "BIG" snowmobile destination year after year. With an annual average snowfall of 300+ cm and over 440km of groomed trails in the Timmins club alone, you'll quickly realize that if you need guaranteed snow and length of trails for your big sledding trip, this is the place. With a population base of roughly 45,000 people and a rich history of gold mining, the town is modern with excellent accommodations and an everything you could possibly need right at the trailside.

If you're the kind of sledder who doesn't like to spend a lot of time on planning—you'd rather just call a couple of friends, load up the trucks and trailers after work and head up north—happy to just go for an adventure without knowing all the details, you need to seriously consider Timmins. The city has every major name hotels  and tons of restaurants, so finding a place you want and you’re comfortable with is easy, especially since most hotels are snowmobile friendly and have groomed trails right to their doorstep. Microtel Inn & Suites or Cedar Meadows Resort & Spa are just a few, and restaurants such as Casey’s and East Side Mario’s also have groomed trail service. So you're all settled in the hotel with a full belly - it's next morning and now it’s time to ride. Where can you go? Pick up the local trail maps at your hotel or a nearby snowmobile friendly gas station. With 400 km of local trails and loops that are great and trails access throughout the entire city and surroundings it's easy to get riding right away no matter where you are. Gas stations are just as easy to find as hotel and restaurants, so no need to worry there. From riding open power lines to tight windy wooded areas, the Timmins Snowmobile Club (TSC) keeps the trails meticulously maintained and as smooth as a highway. This year, grooming began in December and snowfall has been steady, and will be until usually the end of March. Just a few years back I was able to ride the backcountry until April 26! This is important information because it should also be known that January and part of February can be some of the coldest months in Northeastern Ontario. If you’re the type of rider who wants 0 to -10 Celsius temperatures, plan your trip end of February beginning of March, but be prepared for a higher volume of riders. Some of the colder days can bring temperatures down as low as -50º Celsius with wind-chill, but this isn't common. All I'll say is watch the forecasts, be prepared and dress accordingly! It’s also important to know that Timmins has all the major dealers of snowmobiles for your variety of needs. Polaris, Yamaha, Arctic-Cat and Ski-doo all have a local dealer, and every single one of them is accessible from the TSC trails.

But what if you don’t want to ride in Timmins the entire 2 days? There are many communities just a few miles away. You can ride the “A” trail north and head to Iroquois Falls then through to Cochrane, another very popular snowmobiling destination. Grab a bite to eat and enjoy some of the local trails or head on back to Timmins. You can take a different way back, making it an excellent day loop with plenty to see along the way. Take the “A106” south from Cochrane which will join in with the “C” trail continuing south back to Timmins. This loop is approximately 250 km and gas is available in both Iroquois Falls and Cochrane. If you’re looking for something a bit longer, once in Cochrane you can make your way west following the “A” trail to Smooth Rock Falls, which will be another 40-50 km added to your trip. From Smooth Rock Falls you have options for gas and many local restaurants. To head back hop on the “C” trail south back to the Timmins area.

If your next weekend sledding trip is planned for Timmins, I can pretty much guarantee you it will not disappoint. For more information on the trail systems and accommodations the area has to offer, please visit the Timmins Snowmobile Club website as well as the City of Timmins. Plan your next snowmobile trip!
>

Matt Corbeil I've lived in Timmins my whole life. I'm an avid outdoorsman; participating in fishing, hunting, quads, sleds and anything else with a motor basically. I have a Bachelor of Commerce degree from Laurentian in Sudbury Ontario, and work in Supply Chain at a gold mine called Detour Gold.