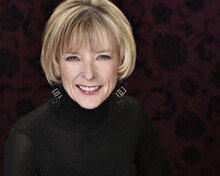 Charlotte Gray is a British-born Canada historian and author who has been the recipient of multiple awards.
Article aussi offert en français