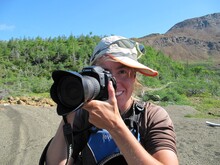 Ever wondered what it’s like to solo a remote river? Climb a big wall in Yosemite? Huck a double-backflip on skis? Or maybe your outdoor dreams are of the more accessible variety: like taking your first wilderness canoe trip, or competing in a local adventure race. These film festivals now screening across Ontario feature stories that will resonate with adventurers of all stripes—grab the popcorn and prepare to be inspired!

Get the stories behind the shots at the Banff Mountain Film Festival. Photo: @coreyrichproductions

The Banff Mountain Film Festival is an international film competition and annual presentation of short films and documentaries about mountain culture, sports, and the environment. The World Tour brings all the excitement of the festival to audiences around the globe.

Since 2006, the Paddling Film Festival World Tour has been showcasing the very best paddling films to audiences around the world. The festival aims to inspire more people to explore rivers, lakes, and oceans, push physical and emotional extremes, embrace the paddling lifestyle, and appreciate the heritage of the wild places we paddle.

See a full list of tour stops and dates.

The Ottawa Adventure Film Festival is a nine-day festival located in the National Capital Region of Canada. This is the fourth year of the OAFF, which has already grown to be the largest festival of its kind in eastern North America. Screenings are hosted at the historic Mayfair Theatre in the heart of Ottawa’s core as well as the University of Ottawa.

Fix And Release is just one of dozens of powerful films available through the Water Docs Film Library. Photo: Fix and Release

Water Docs is an environmental documentary film festival celebrating all things water. Take part in lively discussions with filmmakers and guest speakers, learn about water issues and discover featured community partners. The high-impact films are also available for community screenings to promote learning and local opportunities to protect our waters.

See a full list of tour stops and dates.

The Waterwalker Film Festival, begun by the legendary Bill Mason in 1987, is Canada’s longest-running paddling film festival. It is now organized by Paddle Canada and continues to feature the best paddling films, from extreme waterfalls to epic canoe voyages across the continent.

Canada’s largest environmental film festival, Planet in Focus celebrates 21 years in 2020. The six-day festival showcases engaging and artistic films that question, explore and tell stories about the world in which we live—using film as a catalyst for public awareness, discussion, and engagement on a broad range of environmental issues.

The Reel Rock Film Tour brings the best climbing and adventure films of the year to audiences throughout the world. This year’s Reel Rock 14-film tour is the definitive annual event for climbing communities globally.

Make it a night at the movies—catch award-winning outdoor adventure films at a festival near you!