love art and the outdoors? 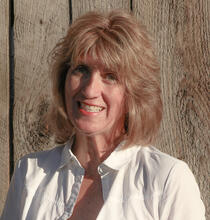 Trish Manning is an adventure travel writer and the content coordinator for Ontario Outdoor Adventures.

“When you go there you sit around and you feel you’re there with them - they’re still there; they’ve left their mark in the way they painted that scene, and one gets to feel good about that.” - Jim Waddington

Simple curiosity. That’s all it took to launch a 30-year art history wilderness adventure. A journey of discovery that would unearth 160 Group of Seven sketching sites along with the stories and shared passions that brought the artists to these remote locations.

After choosing A.Y. Jackson’s painting, Hills, Killarney, Ontario (Nellie Lake), as inspiration for a rug hooking craft, Sue Waddington, and her husband Jim, decided to see if A.Y Jackson’s Nellie Lake was indeed the same one that is found in Killarney Provincial Park. With low expectations, but a great excuse for a family vacation, they packed up the kids and headed off to Killarney. After hefty portages and a lengthy hike up a blueberry filled ridge, to their amazement, laid out in front of them was the exact view that is in A.Y. Jackson’s painting.

Driven by the same curiosity and sense of adventure that many people said A.Y. Jackson had, the Waddington family pushed on even deeper into Killarney to another isolated lake. A few years later they discovered that a number of their photos from this trip looked strikingly familiar. After a visit to the McMichael Canadian Art Collection in Kleinburg, Ontario, they returned to Killarney with copies of Group of Seven art and a rejuvenated hunger for discovery; a hunger that would reveal 160 Group of Seven sketch sites over a 30 year period.

Inspired by the enthusiasm of Jim and Sue, the McMichael launched a project celebrating the adventures of the Waddingtons that includes an interactive website and a gallery exhibition. Titled FootPrints: Legacy of the Group of Seven, the website takes visitors on six different adventures - through audio, video, text and images - that explore the Waddingtons’ extraordinary quest. You can read the story of the Group of Seven, get involved by checking out the teaching resources, learning about new ideas in education, or research the McMichael’s extensive collection database. The FootPrints project also encourages you to make your own history by sharing your stories about art and creativity using their community message board.

Following in the Footsteps of the Group of Seven is a gallery exhibit showcasing photographs of the sketching and painting locations tracked down by the Waddingtons and the corresponding Group of Seven artworks by Franklin Carmichael, A.Y. Jackson, A.J. Casson, Arthur Lismer, and J.E.H. MacDonald.

Let a little inspiration spark your adventurous spirit. You might find your eureka moment waiting for you in the landscape of Ontario Parks. Trish Manning is an adventure travel writer and the content coordinator for Ontario Outdoor Adventures. She is an avid outdoor person who loves to hike, paddle, SUP, snowshoe, cross-country ski and explore Ontario's great outdoors with her golden retriever, Daisy.