It's some of Canada's most beautiful scenery 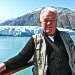 SAULT STE. MARIE - It's some of Canada's most beautiful scenery and for 39 years David Celetti has had it mostly to himself.

Celetti is a train engineer who pulls the Agawa Canyon Tourist Train deep into the Ontario wilderness from this Great Lakes port city. The canyon offers spectacular scenery year round, but puts on its finest performance over the next two months. The best view of the fall colours splashed across the rugged north is from the driver's seat of the 200-ton locomotive Celetti has been guiding into the woods since 1972.

Now, we all get that same view while rolling along in the comfortable passenger cars behind Celetti, thanks to an $11 million refurbishing of the tourist train this past spring. Video cameras mounted on the front of the locomotive give us a panoramic view of the dense hardwood forests and wild rivers in our path. And we can watch for moose on the tracks, like Celetti does.

The $11 million face-lift also put larger windows in the passengers cars, comfortable new seats that can be reversed so you're always facing forwards, new carpeting and flat screen video monitors suspended from the ceiling so you can see what Celetti and his fellow engineers see. Two weeks ago passengers watched a young moose run down the middle of the tracks for three miles in front of the breaking train. "We were going downhill, but we slowed the train down and followed along behind her for three miles until she veered off," said Celetti.

"I see this all the time, plus bear and wolves and lynx. It's great that the passengers now get to see what I see. Everybody was talking about the moose when they got off in Agawa Canyon."

There are more than colourful trees, towering cliffs, sparkling lakes and jogging moose along this railway; there's also plenty of history. A GPS system triggers the video monitors to tell us we are approaching interesting landmarks. "Get out your cameras," warns the monitor in five languages as we near the long, curving railway trestle over the Montreal River. On the east side of the train the wide river stretches back into the wilds. On the west side of the train passengers are snapping photos of the deep, ragged canyon carved by the river over the eons. But a power dam at the top of the canyon today diverts most of the current leaving a narrow stream to plunge free into the canyon. Still, it's enough to draw oohs and awes from most passengers.

The spectacular scenery in this area of Algoma District has been drawing tourists for nearly a century, including The Group of Seven. The famous Canadian landscape painters would gather at the Sault Se. Marie station and catch the daily freight train running 467 kilometres north to Hearst.

This rail line is Main Street for trappers, lumberjacks, fishers, hunters, hermits and fugitives from alimony or the law where they could flag down a train for a ride back to civilization.

Lawren Harris, A.Y. Jackson and Arthur Lismer, plus other painters, would jump off at these random stops in the wilderness to create their famous paintings. At night they camped in unlocked boxcars sitting on sidings. Their favourite jumping off point was in Agawa Canyon, 183 kilometres up the tracks from the Soo. The train drops more than 152 metres in a 16-kilometre run into the canyon, which the monitors tell us was carved out by mile-high glaciers 12,000 years ago. The "Algoma Waterfall" painting by Lawren Harris is believed by art experts to be Bridal Veil Falls cascading 69 metres down the canyon's rocky east slope.

You can see the falls as you pull into the canyon and you can hike 20 minutes from the train for an up-close view. There are two more waterfalls in Agawa Canyon Park. There's lots of time to explore. The train stops in the canyon for 90 minutes before heading back home to the Soo.

Algoma Central Railway, a division of CN Rail, operates the tourist train. When it started passenger service to Hearst in 1952 many of its passengers asked to get off in Agawa Canyon, where they spent the day exploring, picnicking, fishing and swimming before flagging down the southbound train. The Agawa River runs through the canyon and is teeming with fish. It takes a hardy soul to swim in the cold, clear water. There are hiking trails through the forests adjacent to the tracks and you can climb an observation platform nearly 100 metres above the tracks.

In 1972 Algoma Central Railway started a dedicated tourist train to run up to Agawa Canyon and back in a day. A dining car offers full sit-down breakfasts and lunches, at prices separate of your train ticket.

Algoma District is beautiful in winter too. ACR has been running a snow train up to the canyon, but it was postponed in 2011 to concentrate on refurbishing the summer/fall train. Ian McMillan, tourism director at Sault Ste. Marie, said a start up date for the snow train has yet to be decided.

After Sept. 10 it cost $99 per person to ride the train. Groups 25 or more pay $90. Tickets are less expensive in spring and summer.

Visit www.saulttourism.com for more information on things to see and do in Sault Ste. Marie!

Pat Brennan I'm a veteran travel writer. I roamed northern Ontario during my 45 years of writing stories from the road for the Toronto Star. I currently write stories for Postmedia Network, Canada's largest newspaper chain.