Explore our community. Enjoy our artisans. 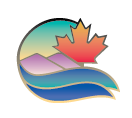 By Staff Writer Tourism SSM
Bringing the local tourism industry together to promote the city and assist in developing its economy.
First, a little bit of a disclaimer. You could write an entire book about the arts in Sault Ste. Marie, and in fact, several people have. The truth is that there has been such an abundance of artisans in the history of our community that it’ is impossible to mention everyone and everything in one story without it reading like a phone book or a shopping list. And that won’t give you, our visitor, any insight into what has made Sault Ste. Marie such a cradle for creativity. Or where to go to discover our contributions to the world of the arts.
This story is, therefore, about the who, what and when of local artists. It’s also about why and how this region has cultivated, nurtured and inspired the arts of every variety. This little part of the world has inspired artists quite literally for centuries. If you wanted to, you could start hundreds of years ago with the pictographs at Agawa Bay. These beautiful, ancient Ojibwa rock paintings depict both historical Ojibwa events and legendary or mythic figures. (Spring Time Agawa Canyon)
The legendary Group of Seven, who exquisitely captured the Algoma region in watercolor, perhaps most famously popularized the region in the early part of the 20th century. In order to explore the northern landscape, The Group of Seven would rent a boxcar from the Algoma Central Railway, head north and live and work out of it for several weeks a year between 1918 and 1923. Enthusiasts still explore the same Northern Ontario landscapes that the group captured on canvas almost a century ago. (Lacing Up by KenDanby)
Visitor’s to Sault Ste. Marie’s Civic Centre will discover that the same building that houses our local government also houses specially commissioned works, including paintings from such notable artists as Doug Hook and Ken Danby. Doug Hook is the creator of over 1,500 watercolour paintings, many celebrating tall ships.
Originally from Toronto, he has made St. Joseph’s Island (located just outside the Sault) his home for the past 35 years. Born in Sault Ste. Marie in 1940, Ken Danby is a world-famous realist painter. His iconic painting, “At The Crease,” has captivated art enthusiasts and hockey fans for decades. In recognition of Mr. Dandy’s artistic contributions, he received the Order of Canada in 2001. Dr. Roberta Bondar, Canada’s first female astronaut, is from the Sault, but she’s also a highly regarded photographer who has had her work displayed in the Art Gallery of Algoma. Make the leap from painting and photography to rock and roll, and you’ll discover that the band Treble Charger are from the Sault. The band’s guitarist, Greg Nori, has also worked with Canadian television station Much Music on popular music programs including DisBand.
So why has this Northern Ontario town inspired artists, attracted painters,
fascinated sculptors and driven musicians?
I believe that it has something to do with just the right combination of population, remoteness, and a
“do it yourself” culture. There is a large enough population here to create a cosmopolitan atmosphere, as well as a college and a university sensibility. However, the Sault is almost four hours away from the nearest city, which is Sudbury, and eight hours from Toronto and Thunder Bay respectively. Factor in the inspiration of the great outdoors, with the raw and rugged landscape of Northern Ontario surrounding the city, and finally the fire and passion of artists, all baking in the kiln of this unique environment.
Things that could be perceived as negative, such as Sault Ste. Marie’s remote locale, are often seen as positives. By being somewhat removed from popular trends and influences, we have fostered the uniqueness of many local works. Sault Ste. Marie and the Algoma region are as unique and powerful artistically as they are geographically.
Explore our community. Enjoy our artisans.
And take the time to discover what the Group of Seven learned almost one hundred years ago: that the true soul of Canada is right around the corner, in every leaf, tree, painting, photograph and song.
Become an artist and enjoy a holiday vacation with the Art Gallery of Algoma!
Staff Writer Tourism SSM Tourism Sault Ste. Marie (TSSM) was formed to bring the local tourism industry together to promote the city and assist in developing its economy.