Sault Ste. Marie is "the" place to connect with Nature 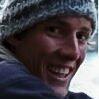 By Conor Mihell
Conor Mihell is an award-winning environmental and adventure travel writer and experienced sea kayak guide based in Sault Ste. Marie.

The dome of granite extends from the forest's edge to the precipice.

I feel like a bird on this autumn day, perched 100 metres above the maple trees that blanket the Algoma hills north of Sault Ste. Marie in a sea of red. There's no safety rail—nothing to diminish the wobbly-kneed "mountain high" that's experienced at the summit of a great hike. I take a deep breath of clean air, feel the contrast between a brisk, late September breeze and the warm caress of the sun, and realize I could admire this view from Robertson Cliffs forever. Algoma sits in the heart of the oldest mountain range on earth. Once upon a time, these Canadian Shield hills stood taller than the Rockies and higher than the Himalayas. Today, they extend inland from Great Lakes Superior and Huron and stack up to the horizon in a series of ridges like the worn-down molars of an old black bear.

Their once-jagged peaks have been smoothed by ice ages and eons of time. Indeed, the balcony of rock atop Robertson Cliffs is crosshatched with the impressions of retreating glaciers.

With this type of geography, it's no surprise that Sault Ste. Marie, Ontario offers numerous opportunities for hikers. Close to downtown, the Attikamek Trail (Ojibwa for "caribou of the waters," or whitefish) traverses South St. Mary's Island, where nature is rebounding from the effects of human development. The trail weaves through the traditional summer home of the Indigenous Ojibwa, who gathered here for generations to fish in the St. Mary's Rapids and rendezvous with relatives and friends. Now, a century after the construction of the Sault Canal and the industrialization of Sault Ste. Marie, redwing blackbirds call in the bulrushes and beavers cruise backwater pools. Anglers ply these trails year-round to access world-class fishing in the rapids. An hour on the Attikamek injects hikers with dose of solace; to discover such a retreat minutes from downtown is a testament to the city's motto of 'where you belong'. In 2005, Sault Ste. Marie envisioned an urban, non-motorized pathway linking key cultural, historical, and natural areas of the community. Dedicated to the late mayor John Rowswell, the 25-kilometre-long Hub Trail ties together popular recreation areas like Bellevue Park, Fort Creek Conservation Area and St. Mary's River waterfront boardwalk with a new route along the Finn hillside. Great access in all parts of the city makes the Hub Trail a perfect morning outing or after-dinner getaway for walkers or cyclists. The view from Robertson Cliffs confirms that you need not travel far to enjoy a true wilderness experience. This half-day, six-kilometre hike is located in Goulais River, a 30 minute drive north of Sault Ste. Marie. It's part of the Voyageur Trail, a long- distance hiking route spanning most of Northern Ontario from Thunder Bay to Sudbury. At Gros Cap, a hamlet 20 minutes west of Sault Ste. Marie at the end of Highway 550, the trail climbs from wave-washed gravel beaches to lofty shoreline cliffs, both of which offer first-hand encounters with Lake Superior. On the northeast outskirts of the city, the well-blazed Voyageur Trail ducks into the Hiawatha Highlands, with its mature pine forests and tumbling waterfalls.

The Trails of Algoma

The Attikamek, Hub and Voyageur trails serve as great introductions to the diverse natural environment of Northern Ontario—and, for me, a taste of an addictive pastime that always leaves me craving more. In this regard, Lake Superior Provincial Park, located 90 minutes north of Sault Ste. Marie on scenic Highway 17, delivers a panoply of options for wilderness fiends. For a heart-pounding uphill workout with seriously scenic rewards, try the Awausee Trail, just north of the Agawa Bay Campground. This 10 kilometre route boasts spectacular views in all seasons—especially in the blazing colours of autumn. Contrast the maple-dominated view from Awausee with the lookout atop the six kilometre-long Nokomis Trail, accessed at Old Woman Bay, in Lake Superior Provincial Park's north end. Here, the forest takes on a decidedly coniferous feel—signs of the great boreal forest that swathes much of the Canadian North. The piece-de-resistance amongst Algoma hikers is the Coastal Trail, a multi-day route that encompasses 65 kilometres of rugged Lake Superior coastline, with backcountry campsites set on sweeping beaches and quiet coves. After toiling over slippery boulders and climbing countless hills, the payoff comes at Agawa Rock, a sacred Ojibwa site. Whether you've hiked the entire Coastal Trail to get here or arrived via a short, family-friendly access trail, sentiments of awe and humility are just the same. It's as though you've reached the heart of the Canadian Shield. Ancient, blood-red pictographs depicting the dreams and guardian spirits of previous travellers paint the cliffs and radiate an energy that's matched only by restless swell of Lake Superior, pounding interminably on the rocks.

Walk the waterfront, starting at the Station Mall in downtown Sault Ste. Marie. Head west and cross the historic Sault Canal to South St. Mary's Island, where the Attikamek Trail offers a good introduction to the northern forest. Return via the boardwalk along the St. Mary's River and grab lunch at View, located in the Delta Waterfront Hotel. Trace the cascading Crystal Creek in the Hiawatha Highlands, on Sault Ste. Marie's northern perimeter. Departing Kinsmen Hall, follow marked trails to access the Voyageur Trail, which cuts through a forest of towering white pine. There are several viewpoints to admire the tumbling Crystal Creek. The moderately challenging Orphan Lake Trail is located 160 kilometres north of Sault Ste. Marie on Highway 17 North. This eight-kilometre loop captures the best of Lake Superior Provincial Park—mixed forests, backcountry lakes, waterfalls and a massive, surf-washed beach on Lake Superior. There are also campsites for an overnight stay. On your way back to Sault Ste. Marie, reward yourself with a distinctly Canadian meal at the Voyageurs Lodge, which also features lakeside accommodations and a sand beach on Batchawana Bay.

Conor Mihell is an award-winning environmental and adventure travel writer based in Sault Ste. Marie. Read his work in the Globe and Mail, Explore, Cottage Life, Canoe & Kayak, ON Nature, and other magazines and newspapers. He's been a sea kayak guide on Lake Superior for close to 20 years, and has paddled from Sault Ste. Marie to Thunder Bay.