Sudbury winters are long but this city transforms into a winter wonderland with so many great activities to keep you busy until spring arrives! 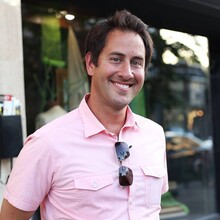 By Jim Bamboulis
Jim Bamboulis is a travel and food writer, photographer and vlogger based in Toronto.

Winter isn’t for everyone. Sure, cold temperatures mixed with unpredictable weather motivates many to simply stay inside, take comfort in comfort food and binge watch favourites. But if there’s one place where winter is embraced, appreciated and even celebrated, it’s Sudbury.

When you look around, you understand why. The natural terrain is stunning, yearning to be explored. Parks are full with young and old adjusting scarves and buttoning jackets, eager to inhale fresh air and get their heart pumping. Here, winter isn’t just another season. It’s a way of life, another opportunity to get up and get moving. Here, winter is inspirational with plenty of activities that will motivate you to #DiscoverSudbury and enjoy the winter wonderland it naturally provides.

Fat biking has quickly become one of the most popular winter activities in Sudbury. Easier than it looks, this rewarding, calorie-burning adrenaline rush is perfect for everyone from solo adventurers and couples of all ages to families who collectively want to have sore muscles for days to come.

Dress warmly and head to beautiful Kivi Park, located only 15 minutes south of the city, step inside Adventure365 and get the most of your fat biking experience. Reputable and affordable with knowledgeable, friendly and personal staff, Adventure365 has been in operation since 2010 and since then, has offered premium fat bike rentals that fit and suit all riders. They provide the gear you need to have a safe and enjoyable day in the great outdoors.

Take comfort in knowing that the trails are groomed and well-marked within Kivi Park which in and of itself is set on 450+ acres of rugged Cambrian Shield. Operated by volunteers and accessible for all ages and abilities, the park is also home to Ontario’s first Training Centre for Para-Nordic Athletes.

What’s winter without skiing? In Sudbury, there are plenty of clubs offering both downhill and cross-country skiing but one in particular adds a touch of charm that lights the way. Located in Naughton, about 20 minutes southwest of Sudbury, Walden Cross Country has been operating for over 40 years and offers visitors a chance to experience some of the best cross-country ski conditions in the region both during the day and at night.

Get fitted, gear up and enjoy 3 km of night skiing on gently rolling trails, with LED streetlamps guiding you along the journey. Perfect for everyone, it’s especially ideal for couples looking for a romantic pre-dinner adventure and families who want to experience a healthy and gentle winter activity together in a serene environment, surrounded by nature. Night skiing is available every weeknight until 9 pm throughout the winter.

For many, snowshoeing is the perfect winter activity. And for many Sudburians, the perfect place to snowshoe is BioSki Cross-Country Ski and Snowshoe Club. Located about 10 minutes east of the city and within Lake Laurentian Conservation Area, BioSki has not only been around since the early 1970s, but thanks to its partnership with the Laurentian University ski trail system, it offers access to over 25km of trails.

All trails, including snowshoe trails have been designed by ecologists to weave into the landscape as opposed to impose them upon it. That said, not only is safety a top priority, but so is the idea of maximizing available terrain all while respecting and conserving the pristine natural environment that makes up the conservation area itself.

So strap on a pair of snowshoes, enjoy the beautiful deep woods, watch for droplets hanging off the pine needles, and enjoy scenic views at every turn.

#RunWithThePack at a WOlves Hockey Game

Although hockey in Canada is considered to be a religion, in little big cities around the country such as Sudbury, it goes further than that.

The city has had a hockey team for nearly every year since the First World War. The Sudbury Wolves have been in the Ontario Hockey League since 1972 and play their home games in the community arena located downtown. That said, deep hockey roots have grown here for over a century, connecting the heart and souls of every local who supports the sport and the team.

Every time the Wolves play a home game, fans and friends gather to not only watch the game but reconnect with each other. After all, everyone seems to know everyone else in Sudbury, and hockey is the great conduit that unites the community. It’s easy to get swept up in the excitement, engage in conversation with old and new friends, and of course, share a few laughs over food and drinks.

Throughout the course of the game, you must hope that the Wolves score a goal. Every time they do, a taxidermied wolf rolls out on a pulley system from the ceiling and howls as it heads towards the opposing team’s bench.

A winter weekend spent in Sudbury may just transform you into a winter person! Jim Bamboulis is a travel and food writer, photographer and vlogger based in Toronto. He also runs Travelmammal Media, collaborating to create content for tourism boards and travel brands worldwide. When he’s not traveling, he runs a Food Tour in Toronto’s Greektown neighbourhood.