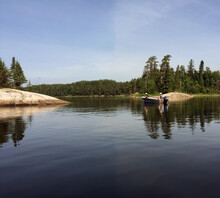 RCAF Snowbirds put on a Show

RCAF Snowbirds put on a Show

Snowbird aerobatics are nothing short of spectacular!

If you've never seen the Canadian Snowbirds in action you don't know what your missing. 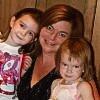 The 2013 Kenora Air Show performances to wow the crowd this summer!

The 2013 Kenora Air Show is sure to please this July 3rd at the Kenora Airport. There will be 7 amazing performances and 8 separate displays to check out. The organizers have gone all out to make sure this Air Show is the best that's ever been in the city. With exciting acts such as the Canadian Snowbirds, the CF-18 Hornet Team and Pete McLeod Racing, this is an event you don't want miss. The seven performances include:

Everyone's heard of the famous Snowbirds, and if you're lucky enough to be in Kenora this July, you'll get a chance to see them live. The Canadian Forces Snowbirds is made up of serving members of the Canadian Forces. Their pilots and technicians work as a team to bring thrilling performances to the public which thankfully will include Kenora in 2013. Serving as Canadian ambassadors, the Snowbirds demonstrate the high level of professionalism, teamwork, excellence, discipline, and dedication inherent in the women and men of the Royal Canadian Air Force and the Canadian Forces.

This year's Demo Hornet will display tail and dorsal art representing the diversity of our country that is united by "The Common Thread". This artwork was created by veteran graphic design director Jim Belliveau of 410 Squadron at Cold Lake, Alberta, who is celebrating his 20th year as the CF-18 Demo Team design director. Take a look at this video of the CF-18 Demo Team, it's a preview of what you may see at the Kenora Air Show.

Pete McLeod hails from Red Lake, Ontario just a few hours north of Kenora. His parents own Howey Bay Camps and Pete basically grew up in a float plane. He started aerobatics when he was just 16.  We're proud to have 'one of our own' in the Kenora Air Show. In 2009, Pete McLeod made history by becoming the youngest pilot and first Canadian to compete in the elite Red Bull Air Race World Championship. He was about 20 years younger than the average pilot in these races. In his second year in the Red Bull Air Races, McLeod captured 33 world championship points, earning him 5th place overall. Follow Pete's exciting shows on Facebook. Pete McLeod is sure to put on an exciting show

The excitement starts right from the word go as Bill takes off with a half - roll into a very low inverted pass. During the approximately 13-minute precision performance, Bill smoothly executes tail slides, loops, multiple snap rolls, hammerheads and a mile long, low-level, knife-edge pass. We'll hopefully see some of his trademark moves too; both inverted and knife-edge ribbon cuts! Bill keeps the performance right in front of the crowd at all times. The excellent smoke system, announcing and music provide great visibility and excitement. Like Pete McLeod, Kent Pietsch started flying at a very early age. Five decades later, he still loves to fly. Kent, a crowd favourite, will execute three storied acts that leave spectators mesmerized. These include a dead-stick (turning the engine off) routine from 6,000 feet and a rooftop landing on a moving RV!  Kent is best known for a comedy act that features a detached aileron (wing flap) and a mesmerizing wingtip-scraping pass down the runway that you honestly must see to believe. When Kent is at the controls of his plane, it is impossible not to watch him perform. He flies an 800-pound Interstate Cadet with a 37-foot wingspan. The plane's horizontally opposed four-cylinder engine can generate 90 horsepower and a G-force ranging from -3 to +5. Check out this video of Kent landing on a motorhome.

Dave Mathieson is better known as 'Super Dave' in the air show community. Dave currently flies the world's most advanced aerobatic aircraft called the MX2. The aircraft is designed for plus or minus 16Gs, and has an incredible roll rate of 500 degrees per second and is powered by a 380HP motor giving the aircraft a top speed of 300 MPH. Dave's piloting past has been varied; he's been a bush pilot, commercial airline and co-owned Summit Air Charters based in Yellowknife Northwest Territories, Canada. His experience will surely show in his MX2 with cruising speeds in excess 200 knots and a range of 650 nautical miles. They don't call him Super Dave for no reason!

The C-130 Hercules is a four-engine fixed-wing turboprop aircraft that can carry up to 78 combat troops. It is used for a wide range of missions, including troop transport, tactical airlift, search and rescue, air-to-air refueling, and aircrew training. It can carry more than 17,000 kgs (about 38,000 lbs) of fuel for tactical AAR. In the tactical AAR role, the Hercules can transfer 450 to 900 kilograms (about 1-2000 lbs) of fuel per minute and refuels the CF-18 Hornet fighter aircraft in less than five minutes. The Hercules will conduct a search and rescue parachute jump exercise at the show in July.

Dan McLaren of Mach 1 productions has been providing, professional, air show sound and communications for over 24 years. There is no doubt in our minds that they will be instrumental in making the Kenora Air Show one to remember.

Displays at the Air Show

There will be aircraft displays at the air show as well. Wander around the grounds and see a T4 Harvard Trainer, a Dash 8 "Gonzo" Surveillance Aircraft, an Albatros L39 Attack Jet, a Curtiss P40-N Kittyhawk and an A-26 Invader. An Ornge Air Ambulance & Crew and the Lake of the Woods Aeromodelers will have displays as well. Gates open at 1:00 so there will be plenty of time view the current and vintage aircraft and aircraft-related displays and to talk to the pilots.

Tickets are just $10 for adults, children 6-12 are $5 and under 6, over 65 and veterans are free. Parking is free. Pre-Sale ticket holders can use the express lane if everyone in the vehicle has a ticket. Tickets can be bought ahead of time at the Lake of the Woods Discovery Centre or online. To find out more about Kenora visit the City's website. For more information on the show itself visit the Kenora Air Show Website or find them on Facebook.