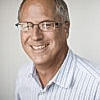 The front porch is big enough to play a game of rugby. There’s a beautiful garden with an iron sculpture of a cyclist, and bright orange tiger lilies and lavender and yellow flowers. And a gorgeous, old-time main floor with beautifully polished wood and high ceilings and an oh-so-solid-they-don’t-make-‘em-like-this-anymore feel.

The Charm of a B & B Steeped in History Sure, I could’ve stayed in any number of hotels on my visit to Thunder Bay, but the sound of a nice, old-fashioned B and B sounded pretty good. So I was booked into McVicar Manor, not far from the city’s renovated and sparkling waterfront.
The owners, Tom and Dorothy, escorted me upstairs and welcomed me into a huge bedroom, with a large bed and bright windows and a rounded turret with a comfortable settee and a sprinkling of magazines to reach. The bathroom was equally cool, with a shower and aromatherapy products and a large Jacuzzi tub surrounded by candles. I got a bit of work done, then checked out the garden and walked down to the creek that runs alongside the property. It’s only a 10-minute walk to the waterfront from the Manor, part of it along the creek and then up and over an overpass that reveals fine views of the harbour and some old, atmospheric grain elevators and a couple of tankers resting out on the water.
Local officials have done a nice job with the waterfront (Prince Arthur's Landing) in this part of Thunder Bay, with pretty plantings and grassy fields and large rocks to clamber on. The paths are great for walking or biking and there’s also a skateboard park and a fun fountain. After trying a very nice offering from the Sleeping Giant Brewery at the nearby Prince Arthur Waterfront Hotel, I walked down to the waterfront named Prince Arthur's Landing.

Bight Restaurant, New, Trendy and On the Waterfront

Nestled in the park area near the shores of Lake Superior is a modern, airy restaurant called Bight that would fit right in with the sleek offerings in trendy neighbourhoods in Toronto.
I ordered up some Thai-influenced shrimp and got five, fat juicy ones with a gently spicy sauce for about $13. And knew I was definitely NOT in Yorkville. The menu also features everything from fresh fish to steak and Korean-flavoured chicken wings. And there’s a nice wine list.
The place was jumping on a Sunday night and the guy behind the bartender with the tattoos and ear rings was working hard. Older couples out for a special occasion chatted quietly and, in another part of the restaurant, what looked like women out for a bridal shower laughed and talked in not quite such a restrained fashion.
They're building a new Delta hotel just steps away from the restaurant, as well as a couple of waterfront condos. I got a ride back to the manor and got to my room. I felt a little silly, but I wanted to see what the ambience was like in the bath.
I filled the tub and lit the candles and thought, "Wow, this is cool." I also thought maybe I should've asked my wife to come along, but that's another story.

Don't Miss Breakfast at The Hoito

The next morning I got to try some of Dorothy’s home cooking, sampling some lovely granola and strong coffee. But I’d read for years about The Hoito, the landmark Finnish restaurant in town, and I didn’t want to miss out. It’s very plain inside and feels like a 1950s’ diner built in someone’s basement. But it’s got great atmosphere and was filled with older guys with thick, bushy beards and young people and families. For about $9 I got a couple of eggs plus bacon, home fries, sausage and a couple tasty, Finnish pancakes (like thick crepes) and soaked up the atmosphere of a Canadian classic.

Jim Byers recently retired from the Toronto Star after 32 years (and a day) at the paper. He served as travel editor during the last five years at the Star. Prior to that he covered municipal politics and was twice the paper's City Hall Bureau Chief. He also covered the Blue Jays in the glory years and was the paper's Olympics Editor for years, leading the Star's team at six Olympic Games.   Jim now works as  a freelancer and writes for The Star every two weeks. You also can find him occasionally in the metro papers and at www.jimbyerstravel.com .