Plan to get tickets for Lakehead University Thunderwolves hockey on a winter visit to Thunder Bay. 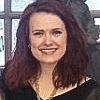 It is no hidden secret that hockey is “Canada’s game”. Why? The game of hockey is something that is unique to the National Canadian identity.

A Northern Ontario city like Thunder Bay, Ontario, is by no means a city that exists outside of Canadian hockey culture – it is deeply immersed it. From frozen backyard rinks, to local community arenas, the game of hockey can be found in action all over the city.

However one of the best ways to enjoy a hockey game in Thunder Bay is to go and see a Lakehead University Thunderwolves hockey game. In an arena filled with cheering fans, sometimes up to three thousand of them, a Thunderwolves hockey game provides an intimate, ‘old-time’ hockey experience. The Fort William Gardens, an arena built in 1951, captures the atmosphere of the glory days of hockey and has seen many championships in its day.

The smell of fresh popped popcorn, interactive audience games during intermissions, affordable ticket prices, committed fans covered in blue and yellow pride, and a fast-paced competitive hockey game, are only some of the reasons worth attending. Lakehead Thunderwolves hockey at the famed Fort William Gardens is a great venue to watch the good old hockey game.

The Price is Right

The Thunderwolves season runs from October through February, with pending playoffs into March. Games are Friday and Saturday home stands against the same visiting opponent, with a 7:00 pm puck drop for most games. A Thunderwolves hockey game is an affordable and entertaining night out for all types of people. From getting together with friends, to a family-fun evening with kids, the experience of enjoying a hockey night out in Northern Ontario is a steal at less than $15.00 per person.

Ticket prices range from $13.00 for adults to $8.00 for students and children 12 and under. You can purchase tickets at the Fort William Gardens box office for the regular season and non-conference games. In an arena with approximately 3700 seats there is not a bad seat in the house; all members of the audience are close to the action on the ice.

The Canadian Interuniversity Sport (CIS), an organization that continues to assist in the development and regulation of university sport across the country, offers players the opportunity to play extremely competitive hockey and work towards a university degree at the same time. Although the CIS may be one step below Division 1 universities south of the border, the CIS offers a great way to play hockey for four to five years, giving players a real shot at taking their love and skill for the game to a professional level.

CIS players find their way to the NHL and definitely fill rosters on teams in the American Hockey League and other minor professional leagues. The amount of NHL hockey players who start their journey on Ontario ice is astounding, and as the majority of Thunder Bay citizens are well aware, Thunder Bay certainly does not fall short of hockey talent.

Such current NHL stars like the Staal brothers or Patrick Sharp have started their big debut in Thunder Bay. Ergo the possibility of witnessing the debut of the next big NHL star is a very real possibility in Thunder Bay, Ontario.

A Winning Tradition in Thunder Bay The Lakehead University Thunderwolves continue to be one of the top drawing teams in Canadian university hockey.

The Wolves are set to play a number of crossover games against teams from the OUA East division, and also are expected to host exhibition tilts this year against other teams like the University of Alberta Golden Bears (Western Canada Inter-university Athletic Union, WCIAU) and University of PEI Panthers (Atlantic University Sport, AUS).

Lakehead hockey is looking to rebuild under new head coach Bill McDonald, a Thunder Bay resident who returns home to bring a ‘hard-nose’, winning brand of hockey back to Lakehead. McDonald has made many coaching successes beginning with the Thunder Bay Twins in 1986, where the team won a number of Allen Cups as Canadian senior champs. Similarly from 1991 to 1995, he led the Thunder Bay Thunder Hawks and Senators to three Colonial/United League championships in four years.

In 1997, McDonald guided the Fort Worth Fire to a Central Hockey League title in only his second season in the CHL. He was also the bench boss of various professional teams between 1998 and 2009, with stops in Lubbock of the WPHL, Austin of the CHL, Michigan of the IHL, and Dayton of the ECHL. He was most recently the director of player development in Allen, Texas of the CHL. With McDonald’s impressive credentials, and the input of Assistant Coaches Malcolm Sutherland and Dan Bissonnette, the 2013/2014 Thunderwolves season promises to be rewarding one.

Prizes to Be Won, Fun to be had

You are always in for a howlin’ good time at a Thunderwolves hockey game, because prizes and giveaways are the norm. Throughout intermissions and during play stops Wolfie, the team mascot, and other staff members enthusiastically engage audience members in various contests and games.

Chuck a puck is the most popular audience participation contest at every Thunderwolves game: simply pick up a 'puck' at any home game for $1.00, and during the second period intermission 'CHUCK-A-PUCK' into the car to qualify for a chance to win a prizes. The excitement and energy of the crows can always be felt from audience games, to heartfelt cheers filling the stadium, to traditional hockey chants, to the audience’s fanatical participation in “the wave”. Birthday parties are another fun way to be a part of the Thunderwolves hockey experience. Parties of ten receive reserved seats, Double Double pizza and pop for the entire party, Thunderwolves hockey souvenirs and a special birthday announcement! For any dedicated wolverines, it is also worth mentioning the large selection of merchandise for sale online or during games – items range from hats, to jerseys, to mini Wolfie teddy bears.

If you haven’t already discovered what all the hockey excitement is about in Thunder Bay, Ontario, come out to cheer on the talented players of the Lakehead Thunderwolves hockey team. Your attendance will not only support hockey players who are working on developing their post-secondary education, but it will also support the Thunder Bay Community in a vast number of ways. Come and be a part of a genuine hockey experience and help to keep the tradition of hockey well and alive in Northwestern Ontario! Go Thunderwolves go! Chelsea Cameron-Fikis is a graduate of Lakehead University with a Master’s Degree in English and Women’s Studies.   Chelsea enjoys hiking, travelling and creative writing in her spare time. In the future Chelsea  wishes to one day write and publish her own book.