Skiing has been a lifelong passion for the Kardas brothers, whose goal it is to make their family's favourite sport your family's too. 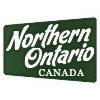 A few years ago, when Thunder Bay’s Mount Baldy Ski Area changed hands, it went from being one family’s business to another’s. It had belonged to Craig Speiss’ family since 1988. Brothers Kristoff, Daniel, and Jason Kardas are the new owners of Mount Baldy as of November 2016, but neither skiing or operating a business are new to them at all.

Their father, Slav Kardas, was a two-time Olympian and ski jumping coach at the national level. The brothers themselves were on the national ski jumping team in their younger lives. Their parents also started a ski shop in Thunder Bay, the Ski & Board Exchange, roughly 20 years ago.  “We were born with skis on our feet,” Jason Kardas tells us by phone from Calgary (where he runs the marketing and promotional side of the business, while his brothers hold down the fort in the family hometown of Thunder Bay). Kristoff has a more hands-on role, overseeing the maintenance of the hill and so on. Dan also works on the promotional side of things, and is also still involved in the family shop, where he’s able to make connections with customers who may be interested in both businesses, making passes available and the like.

When the opportunity to take over Mount Baldy presented itself, there was no question about this being the next stage of the Kardas’ life in the skiing world. At the time, there were talks of a gravel pit taking over the land and tearing Mount Baldy down entirely. But the Kardas brothers saw potential in it staying a ski destination—in particular, Jason says, they were convinced it could take on a new shape as a ski resort. As it stands, the future plan is to have Mount Baldy become a ski ‘n’ stay, where people can rent condos with hot tubs at the top of the hill, overlooking Thunder Bay. They see this upgrade also presenting new opportunities to use the space for more weddings and events down the road.

Mount Baldy's ski hill, as seen from the bar!

But let’s back up and talk about this last year first. At present, Speiss, the former longtime owner, is still involved in the business, walking the Kardas brothers through things, as was promised. No doubt this sense of comraderie has helped keep existing Mount Baldy goers on, as new ones also make their way to the ski area. In just this year, major improvements have already  been made, including to the ski hill itself. The biggest one is the addition of the magic carpet, which allows people to easily go up the hill tube-in-hand in just their shoes. The rope tow that was formerly there had been in use for a good 40 years. The magic carpet makes it much easier to bring kids up, and makes the hill more appealing to beginners, families with young kids, and seniors (as less physical strength is required). It’s also improved access for disabled patrons, as it allows people to go up the hill in a sitting position. The Kardas brothers have also added three lanes of snow tubing, which has increased their bookings both generally and for birthday and holiday parties.

Come for the skiing, stay for the view

In terms of Mount Baldy’s location in the Thunder Bay area specifically, Jason says he doesn’t think people who aren't familiar with the city really know what’s there, or how beautiful it is. He calls it an “untouched little gem” with clean lake water and a beautiful waterfront that’s being revitalized. “Change has been slow,” he says, but he doesn’t see that as a bad thing necessarily—especially as the city is now modernizing and growing. “The whole city is on the water, and they’re slowly making a boardwalk and more amenities along the waterfront. Not much has changed in a long time, but it’s changing now.”

Thunder Bay has an underappreciated “wow factor,” Jason says, especially when compared to places like the Muskokas that have more money invested in them. He says "people are only now starting to realize they can get cottages in the area for a fraction of the price they’d pay in cottage country, and with Porter and other competing airlines flying to Thunder Bay, they can be there in 90 minutes from Toronto without worries about traffic."

Skiing can be a group or solo activity

At the end of the day, Mount Baldy’s core will always be its ski hill. And for the Kardas brothers, ownership of this ski hill will always be about promoting a family activity that they believe in, and hosting family events. “Skiing and snowboarding are unique in how they are done together,” Jason says. “You have time to chat, actual one on one time for 10 to 15 minutes at a time while you’re in the chair going up the hill.” He talks fondly about going up the hill with his own daughter, organically starting to talk about life, laughing, having a good time, and making new memories. “And you do this maybe 10 times in a day, that’s 10 different interactions that friends get, or parents get going up with each of their kids individually. It’s hard enough to get kids off iPads and out of the house these days, but there’s also nothing like this in activities like curling, or gymnastics. It’s really unique.”

Jason’s personal favourite experience at Mount Baldy? “You can look over the city and the Sleeping Giant from the top of the ski hill,” he says. It’s this view that makes the Kardas brothers want to build a chalet on the hill. Jason imagines a future where Mount Baldy visitors will be able to drink a coffee or beer, burger in hand, overlooking the city. He’s not the only one hoping this future is near. Northern Ontario Welcome to Northern Ontario, Canada! Bigger than Texas, wilder than the west, more welcoming than a campfire in October, Northern Ontario is like no place else. Sunset Country is famous for its spectacular fishing lakes, Superior Country stretches into the deep north wildnerness, Algoma Country has Lake Superior as their back yard, and the Northeast provides excellent vacation destinations close to Toronto and other large urban centres in Southern Ontario.