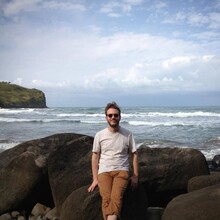 Adam Waito is an illustrator, musician, and writer, based in Toronto via Montreal via Thunder Bay via Manitouwadge. His 2008 lo-fi indie rock concept album about Thunder Bay—Amethyst Amulet by Adam and the Amethysts—was called "the pop hit of the summer" by the Toronto Star. His illustrations appear in Vice and elsewhere. Check out his illustrations at adamwaitoiscool.com