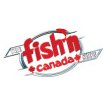 By Fish'n Canada
The Fish'n Canada Show has been broadcasting their pursuit of the ultimate adventure for over 30 years.

The city of Timmins, Ontario is situated in Northeastern Ontario, Canada, on the Mattagami River. In this area, it’s the fourth-largest city with a population of over 40,000 people. Our guess is pretty much every one of those people old enough to hold a fishing rod, fish. It’s an area of the province that, simply put, love the outdoors. Timmins, however, is only a portion of the population in this area, as smaller towns and communities dot the surroundings.

We always enjoy travelling to Northern Ontario as it’s either the ultra-scenic Highway 17 route along Lake Superior, or it’s the “drive a bit westward and still north” route in where the dense forest is only cut through by Highway 144. Although you don’t have the fish-filled waters of Gitche Gumme flanking you for hours, you do have a better shot at sighting wildlife along the 144 way. Either route is awesome.

This adventure took us to Red Pine Lodge on Ivanhoe Lake, which is west of Timmins and close to the town of Foleyet. Red Pine is a classic fishing camp that sits on a huge point of the lake, giving the cottagers a great waterfront view, yet a well-protected docking and launching area keeps the rigs tucked away from nature’s raw elements. We know firsthand how convenient this protected area was, hence the title of this writing.

Ivanhoe Lake is almost an anomaly in that it is very untypical of a classic Northern Ontario Walleye lake. If you’re looking for that perfect rock structure covering 90% of the lake-bottom, or any other “by-the-book walleye” features, you’ll be looking for a long time. Yes, there is some structure and weed growth in Ivanhoe, but it’s the sandy bottom that distinguishes it from the surrounding lakes.

Sand and walleye, you ask? Yupper, we say. Sand is one of those lake-bottom substrates that few people take advantage of when fishing. Think of this: it’s easy to distinguish fish in shallow water on sand because you can see them with polarized glasses, you don’t snag the bottom, and the fish also show up well on most fish finder screens (side vu is incredible).

Red Pine Lodge, as we said above, is a classic Ontario fishing lodge. It has exactly what you need. At the time of this writing, we believe they have dropped their American Plan, leaving the cooking and eating to be done in the individual cottages. This isn’t a concern to most, since that’s pretty much the norm in a drive-to lodge to begin with.

The cottages are perfect and comfortable. A great place to kick off the shoes, throw a can of beans into a pot, dip some fresh walleye fillets in a frying pan, and crack a cold beverage (not necessarily in that order BTW!).

After dinner, play some cards or watch your favourite sports team on the telly.

THE BOAT LAUNCH AND DOCKING AREA

You can always tell when a lodge has it all together by looking at the docking area. If it’s nice and protected, they have built in the right place. Red Pine has just that. The boat launch is top-tier as well. Lots of room to turn around and park if need be.

The entire Fish’n Canada team from past to present knows the full value of local angler knowledge. Let’s be honest: a person who’s been fishing on a lake all summer has a much better grasp of things than the person who only fishes that same water for a few days.

Enter Connor Dunn. Connor has fished Ivanhoe Lake as well as countless others in and around the Timmins area all his life. He’s also caught some real giants. He fishes for fun with his beauty dog and he fishes local tournaments. In other words, he gets around the area in a good way. Pete and Steve hooked up with Connor for an evening of fishing and it was nothing short of laughs, laughs, and more laughs.

"When we meet complete strangers while on the road," says Pete, "we never know what they will be like and just as important, what they will think of us. After all, I’m pretty sure we aren’t your run-of-the-mill TV fishing guys."

Well, Connor, Pete, and Steve got along almost too well (a heated laughing fit due to the original cable man).

“Connor was there if and when we needed him,” says Steve, “and trust me, his advice came in very handy at times.”

We know by the brief time that we spent on Ivanhoe Lake that the walleye fishing is great. We say brief time because this was by far the worst shoot of the entire season for bad weather. It’s not our first “rainy-day’s” trip and we know it won’t be our last, we get them all the time. Now don’t get us wrong, we still fish in the nastiest of conditions; however, the camera team can’t shoot in them. Any kind of wind driving the raindrops into the lens creates a “no show.” Granted, we can use some of that kind of footage in an episode, but we keep it to very little.

Talk about blowing winds and on-and-off rain! It lasted the entire shoot.

That said, Pete and Steve put a lot of trolling minutes on both the Merc as well as the Motorguide. In the midsummer timeframe, sometimes trolling fast with a motor like the 300 XS Pro gives anglers an advantage, especially with the Smartcraft trolling feature which allows an angler to dial down the rpm’s of the big motor, making it more manageable to troll. Most times, however, a slower troll works best; 1.3 to about 2.5 is a good wide range to try in summer. That’s where the electric trolling motor comes in. It’s precise in that you can dial in your speed to the 10th of a mile per hour.

Incidentally if you don’t have an electric or a kicker (small tiller) gas motor, then you can either run drift socks (sea anchors) or if you have Power Poles, you can run the drift paddles on them. Then you can still utilize your main motor to troll.

We always try dialing down our Smartcraft gauges first and foremost to see how slow we can troll with the big rig. If that’s not enough then the drift socks, paddles, or the electric motor come into play.

As far as trolling baits were concerned, the guys varied different sized crankbaits to cover a variety of depths. Pete was running smaller/shallower baits like CC Shads, or the Flicker series (shad or minnow), while Steve went a bit bigger with Wally Diver and even bigger with a Mann’s 20+ (bright colour) to dig that much deeper. This is a great strategy in that hopefully one of the baits will reveal where the fish are in the water column (more precisely, where they are feeding).

Baits like this Manns + work on almost all Walleye lakes

We are going to forewarn you right now that there are a bunch of crankbait-stealing pike that linger in Ivanhoe. This is probably just a reminder to most, since Northern Ontario is synonymous with pike in most of their lakes. With this said, remember to bring leaders, as it can get quite expensive with cut-offs!

Seriously Steve, that’s how you hold your fishing rod??? Lots of fun and games on this shoot.

AN ALTERNATIVE WAY OF CATCHING WALLEYE

When the crankbait trolling slowed down or the guys simply got bored, they turned to a variety of other techniques. They did do some jigging; however, they also ran bottom bouncers with both spinner rigs as well as live bait rigs. These alternatives to trolling saved the day with numbers of fish.

Yes, we admit, we got our butts kicked by Mother Nature on this shoot in the sense of putting fish on camera. That said, we know for a fact that Ivanhoe lake is a “very good” walleye lake for numbers: it has a solid population of 3-4-pound fish and the potential is great for a 26+” beast!

If you’re in the area, give Connor a shout.

To get to this episode’s fishing on Ivanhoe Lake, Pete and Steve first drove north on Highway 400, continued north on 69 and then headed northwest on Highway 17 at Sudbury. They next turned north on 144 and then west on 101. Finally, they turned south on Ivanhoe Lake Road taking them to Red Pine Lodge.

Red Pine is set in an ideal location on the shores of Ivanhoe Lake. Their cottages are perfect for the travelling angler. They offer a housekeeping plan in where you bring in and prepare your own food. We highly recommend saving one of your suppers for walleye, with a side order of pike!

We had 6 waypoints in our hotspot area of the lake, most marking groups of fish with one marking an interesting piece of structure.

This episode's Hotspot is a hump that Pete and Steve fished thoroughly while on Ivanhoe Lake. This was the largest piece of submerged structure that they found on the entire lake They trolled crankbaits until the found something that they wanted to concentrate on, and then they stopped and dropped. Fishing a hump or underwater island like this one requires lots of scanning with the fish finders and marking waypoints as you go.

For the waypoint to this Hotspot and more like it, check out Fish'n Canada.com Fish'n Canada As one of the original pioneers of Canadian adventure television, the Fish'n Canada Show has been broadcasting their pursuit of the ultimate adventure for over 30 years. Hosts Angelo Viola and Pete Bowman educate and entertain audiences with their passion and enthusiasm for fishing. Both are inductees in the Canadian Anglers Hall of Fame. Check out their episodes and video on the Fish'n Canada YouTube Channel and like them on Facebook!