River Air has two strategically located offices. Our main seaplane base is located near the town of Minaki, Ontario. Our sub-base is located in the city of Kenora. Both locations are deep in the heart of Northwestern Ontario, where lakes and forests sprawl endlessly into the horizon.
Packages:
Contact Us for Prices
BOOK NOW
Gene Halley, proprietor of River Air, hoists a mid-teens Muskie caught from Northwestern Ontario’s Irregular Lake

Deep inside Woodland Caribou Provincial Park is Irregular Lake, one of the continent’s most north westerly lakes with muskellunge. 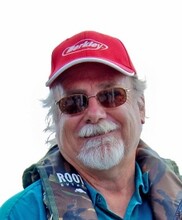 By Bruce Ranta
Bruce has been in the outdoor writing business for more than 30 years, he enjoys hunting and fishing of all types and kinds.

Deep inside Northwestern Ontario’s Woodland Caribou Provincial Park, Irregular Lake is one of the continent’s most northerly and westerly lakes with muskellunge. Some claim muskies up to 56 inches lurk there. There are no cottages, cabins, or fishing lodges on, or even roads to, the lake. A fishing trip is a one-day, fly-in wonder.

The late-summer day I fished it with Gene Halley, proprietor of River Air, and our friend Tom Thompson, the weather was clear with a hint of fall coolness.

Flying in, we spotted two moose. Before the mid-1980s burn In Woodland Caribou Provincial Park, it was common to see caribou on Irregular, but they’ve since disappeared. “We don’t see too many moose anymore, either,” Gene said.

Stretching for approximately 8 km, Irregular Lake has an erratic shoreline and myriad rocky islands and shoals. The water is clear with a brownish-green stain. Submerged sandbars and reefs strewn with stones and boulders lie adjacent to drop-offs, rock walls, and weedy bays. Pike, muskie, whitefish, and cisco abound. On the first shoal we fished, Gene was quickly on a fish. The mid-teens muskie put up a spirited battle. “That was fun,” Gene said with a broad smile.

We moved over to a small island surrounded by huge boulders just below the surface. A splash and swirl appeared about 50 feet away. Soon Gene was into his second muskie, a little bigger than the first. An hour later, on a dense patch of weeds, we boated four or five good-sized northerners. Casting somewhere within the weedy maze, Gene caught another nice muskie and we rounded out the morning with several northern pikes over 10 pounds.

A Trio of Monsters

With the wind picking up, we began to troll. In one half-hour period, we hooked, then lost, three 50-inchers. One followed Tom’s plug to the boat, then hit Gene’s 10-inch Cotton Cordell right behind the motor. He set the hook twice – hard – but the fish fell off. I lost the second off a rocky, wind-smacked shoreline when a muskie nailed my Cisco Kid, raced towards us, found slack, and tossed the bait. Minutes later, Tom lost a third monster on the same shoreline after a short, vicious battle.

As evening set in, we headed back to the plane. I was glad to have had the chance to fish Irregular Lake, even if it was for only one day. Bruce Ranta Bruce has been writing for Ontario Out of Doors for more than 18 years and has been in the outdoor writing business for more than 30 years. He has been published in Canadian and American periodicals. His passion is big game hunting, but he enjoys hunting and fishing for any and all game species. Bruce lives in Kenora on 232 acres with his spouse, Lil.