69 Reasons Why Canada Does Beer Best

Image credit
On the hunt for good beer in Ontario

69 Reasons Why Canada Does Beer Best

On the hunt for good beer in Ontario

What better reason to go for a ride than to pick up some fine Ontario craft beer? Below we present the places that are making us proud and the routes to get there... 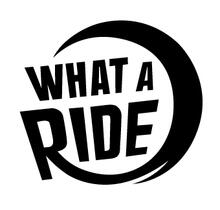 Ever wonder why so many motorcycle riders are also beer drinkers? Could it be that the curious spirit that drives the rider to continue on that extra mile, to see what's around the next bend is the same one that impels the brewmaster to tirelessly experiment with yet another another batch of brew? Sometimes you just have to know "Could this get any better?" And just when you think you've seen it all, something new emerges that rewards that part of you that wants to be surprised, delighted and impressed.

Microbreweries are popping up across Ontario in increasing frequency. Time to explore! Here we offer some of the best brewpubs and small-scale breweries across this fine province, along with the best routes to get to each of them. Most operations are run by inquisitive souls just like you who are more than happy to have visitors come by to share in their findings. So plan a trip to your local (or more fun—not so local) microbrewery and quench that thirst for what's new!

Drinking and driving is dumb. Don't do it. What we do recommend is that you visit one of these establishments, pick up some of their wares and take them to the nearest B&B, Hotel or Resort, throw the keys in the lake and enjoy your haul there. If you've still got the bug for riding you can focus that energy on planning out the next day's adventure—the roads will still be around tomorrow and you'll want to be, too. Good things brewing at Lake of the Woods Brewing Co. in Kenora, ON
Sleeping Giant Brewing Co., Thunder Bay, ON
Offering locally handcrafted ales and stouts for the thirsty beer enthusiast. Go to their Elevator Wheat to slake your thirst after a long day cruising the awe-inspiring roads of the Thunder Bay area.
Region: Northwest Ontario
Recommended Route: Ride Lake Superior
Lake of the Woods Brewing Company, Kenora, ON
Local small batch craft beer brewed in Ontario's North! Perfect destination for the anyone looking for an excuse to ride the amazing roads of Sunset Country. Book a room at the Timberline Lodge and head over to the Tap Room (open 7 days a week) and try the rich Sasquatch Black Lager or their Firehouse Amber Ale.
Region: Northwest Ontario
Recommended Route: Toronto to Winnipeg and Back

Stack Brewing, Sudbury, ON
Started by a couple of Nickel City natives looking to brew a beer that would appeal to casual and seasoned beer drinkers alike. Stock up at the brewery and showroom location—open Tuesday to Saturday—and take the long way home via any of the Sudbury area's famous motorcycle routes.
Region: Northeastern Ontario
Recommended Route: Georgian Bay Coastal Route

OutSpoken Brewing, Sault Ste Marie, ON
Another new brewery in Ontario's North! Originally started as two guys making beer for their friends, this has grown into one of the Soo's thriving businesses. Pick up some of their OutSpoken Blonde Ale for a refreshing end to a day exploring Algoma Country's famous motorcycle roads.
Region: Algoma Country
Recommended Route: The Grand Algoma Tour The Neustadt Springs Brewery back in the day Haliburton Highlands to the Ottawa Valley York, Durham and the Hills of Headwaters Taste Spectrum courtesy of the Blue Elephant in Simcoe, Ontario
Got a brewpub or microbrewery that should be on this list? Let us know using the comments feature at the bottom of the page or email us at ian@thewnewbusiness.ca. And for more on the mouth-watering world of Ontario beers check out Ontario Craft Brewers.