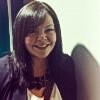 Temagami, Ontario was once home to the world renowned conservationist and author, Grey Owl.

Archie Belany was reputed to be the son of a Scottish father and an Apache mother. In 1906, 17-year-old Belaney arrived at Temagami station, fulfilling a dream to live in the Canadian wilderness among native people. During the next six years, he let his hair grow, learned to speak Ojibway and became an expert in the ways of the forest. By 1912, when he left Temagami for Biscotasing, people accepted him as a native trapper. It was his love of Gertrude Bernard (or Anahareo), a young Iroquois Mohawk woman, that inspired Grey Owl to leave his trapping profession behind, for conservation activisim. The relationship caused Grey Owl to think deeply about conservation, and he went on to write about his findings. The couple rescued and raised orphaned beaver kits.

In the 1930's Grey Owl was appointed to Riding Mountain and later to Prince Albert National Park to oversee a beaver conservation program. He wrote four books - Men of the Last Frontier (1931), Pilgrims of the Wild (1934), The Adventures of Sajo and her Beaver People (1935), and Tales of an Empty Cabin (1936) and made several films. He subsequently toured Britain and North America, becoming one of Canada's greatest conservationists and one of the foremost Canadian writers of his day.

After his death in 1938, the North Bay Nugget released their story on Grey Owl's true origin. Many were disillusioned to discover that he was in fact a full blooded Englishman, not of Indian heritage as he had claimed. Nevertheless he made an important contribution to the appreciation of nature and the protection of the beaver. His books remain classics and have been translated into many languages.

Those who visit legendary Northeastern Ontario will find that Temagami and its surrounding region still lie in the pristine beauty that Grey Owl so loved and many still hold to the conservation practises that he spoke of and endorsed. Jamie McIntyre Hey! I'm a outdoors enthusiast with a passion for travel in Northeastern Ontario. Check out my articles for ideas on where to travel.