Learn about the land from a local Indigenous tour guide 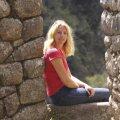 While it may be familiar to people who know and love the Killarney area, for most of us, Point Grondine Park is "undiscovered country." That’s because up until 2016, when this Park first opened to the public, the only people who regularly explored this land were members of the Anishinaabek First Nation. For generations, their people have visited this area to harvest its bounty of wild rice, berries and wildlife, something they still do today.

But now, part of the Wiikwemikong Unceded Territory that includes Point Grondine Park is being developed as a premier backcountry hiking and camping destination for others to explore. An added Indigenous perspective makes it a unique offering in Northeastern Ontario.

Together with Austin and Noah, two other guides, and Winona, the Trail Guardian, Henk and I set out on a 5-km hike that would cover a good chunk of the Merv’s Landing trail, and lead us up to Recollet’s Summit.

Stay overnight in an indigenous campsite

Before heading out on the trail, we paid a visit to the Park’s Indigenous campsite.

Here two traditional lodges were under construction (and have since been completed): one made from birch bark and another from tree bark, completely built by hand using natural materials found in the bush. Tribal elders supervised the construction, contributing a few stories along with advice on the proper techniques used to build the shelters.

Campers can reserve these lodges for an overnight stay, and even request to have an Indigenous guide come by the camp and share some of their knowledge and teachings. It’s the kind of experience you can’t get at just any park, and one that makes Point Grondine unique. Today, however, our goal was Recollet’s Summit.

Merv’s Landing is a 6.9-km looped trail that wanders through marshes, two sugar maple stands, red and white pine forests, and offers canoe access to Mahzenahzing Lake, the largest lake of six in the park. But the high point on the trail, both literally and figuratively, was to be Recollet’s Summit, which promised a view out over the La Cloche Mountains to the north. So while Austin was schooling Henk on some of the medicinal properties of the plants we encountered on the trail (more on that later), I continued chatting with Ian about the Park itself.

Ian lives on Manitoulin Island, but is one of the staff that is helping develop everything in the park—from the signage to the trails to the campsites themselves. “It sure beats working in an office,” was his comment as we headed out on the freshly-cut trail.

Ian went on to explain that the park has always been used by some of the members of their community for "harvesting," where they come to hunt moose and beaver, and gather berries and wild rice, as they’ve done for generations. He remembers his great-grandfather talking about coming here by boat from Manitoulin Island to collect sap from the sugar maples that grow here.

Recollet’s Summit is a bit of a climb to get to, but the ascent is gradual and the reward is well worth it: tree-top views all the way to the La Cloche Mountains to the north (see above). Sitting here on the rocks, it’s easy to identify Silver Peak, the highest point in the region, recognizeable for the white quartzite on the top that is visible even on a cloudy day and looks like snow.

We took a moment to read the historic plaque that explains some of the history of Point Grondine and the Indigenous people who lived here. (Legend has it that Champlain met with Odawa members here in 1615.) This is an important spiritual place for many reasons, as there is also a burial site on the Summit for two members of the Recollet family, after whom the place is named.

Once at Recollet’s Summit, we noticed that there had been another visitor here recently: scratch marks on the granite indicated a bear had been here sharpening his claws (right next to a blueberry patch, so likely marking his territory) and we also saw bear scat a few days old.

Although bear seem to be doing fine here, there are a few Species at Risk in Point Grondine Park, like the whippoorwill, whose population is diminishing in the area for unknown reasons. It would be sad to think that these birds are disappearing, as anyone who has ever heard a whippoorwill’s call will know that it is as tied to this part of the country as the loon’s call. Ian remembers hearing whippoorwills when he was younger, but hasn’t heard them on Manitoulin in years.

Heading back down from the Summit, Austin continued sharing some of his knowledge of medicinal plants with Henk, pointing out the striped maple tree, whose bark is used to make tea that is good for healing bruises and strengthening blood vessels. He also pointed out a fern that is eaten to help with the digestive system, and balsam sap that helps with burns when applied directly to them. Another tip was that smoke from cedar helps ward off mosquitoes (which is good to know if you camp here in early summer, as the bugs can be ravenous.)

Being some of the first visitors to enjoy a hike here, and learning exactly what goes into establishing and maintaining this "new" park was a real treat. But hiking Point Grondine Park in the company of people who have called this land home for generations was the real privilege.

Whether you choose to take a guided hike and benefit from generations of indigenous knowledge, or head out in a canoe to the more remote places in the Park, the pristine wilderness that is Point Grondine Park is open and waiting.

ACCESS:
The entrance to Point Grondine is off Hwy 63, 38 km east of Hwy 69 heading towards Killarney. (Keep your eyes open and you might even see a Timber wolf that has been spotted on the highway here! But remember—don't stop to take pictures!)

DIFFICULTY: 2-3
Merv’s Landing Trail is still very raw, and it’s a constant job to keep up with the deadfall and "blowdown" from the winds off of Georgian Bay that take down trees on a regular basis. Despite that, the single track was very well marked, and except for a few steep or rocky areas near Recollet’s Summit, was not a difficult hike.

AMENITIES:
The trailhead is well marked with a shelter, portable toilets, and signage that shows the trails and offers recommendations for how hikers should be prepared.

WHERE TO STAY:
Killarney Mountain Lodge is a few kilometers down the highway and offers "wilderness lodge luxury" in their expanded and updated facilities. Management has spent millions in the last few years adding a beautiful Great Room, upscale dining room, and a stunning wine cellar/tasting room to the existing lodge.

There’s also a brand new two-story building with large queen suites that come complete with Muskoka chairs on the porches that run the length of the building. You’ll definitely want to enjoy a drink in the Carousel lounge, too, and enjoy the near-360-degree views over the landscaped grounds and marina. Find more things to do and places to stay in Killarney!
>

Jane Canapini  spent more than 20 years as a creative director in advertising, hoarding every vacation day in order to pursue her travel passion. Now she applies her keen eye for imagery and love of storytelling as editor of Grownup Travels. She believes that “the best souvenirs are stories,” and she shares her best ones here through words and photos.