Camping isn't just for Summer in the Northwest 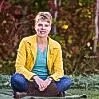 Our family has spent many a night in a tent on canoe trips in Quetico’s backcountry, and the occasional night in a tent trailer in the campgrounds. How about spending two nights in Quetico in the winter? Totally doable when you book one of their three cabins.

One weekend in February, we headed to Quetico Provincial Park, about a hour and 45 minutes drive west of Thunder Bay and 25 minutes east of Atikokan. Our home for two nights was the Log Cabin, a reasonably spacious one-room cabin that sleeps four. It’s located in the Dawson Trail campground not far from the Information Pavilion, and you drive right to the door. When we pulled up, my seven-year-old took one look and said, “We can play pioneers!”

Anyone who has camped in Quetico knows that the weather, and especially the wind, determines how you spend your days, and this trip was no exception. We had planned to cross-country ski and snowshoe on the 35-km network of trails, but the previous week’s weird rain and mild temperatures followed by cold meant that skiing was out and snowshoes were unnecessary on the rock-hard snow. The ice fishing gear stayed in the car because of the icy 20-km winds from the north. So, we did in fact play Pioneers inside, and Polar Adventurers outside as we explored Zamboni-smooth patches of ice on the lake and the wooded area around the cabin, catching sight of ruffed grouse puffed up to the size of basketballs against the cold. Another family had created a snow fort, giant snow balls and snowmen a week or so before (now completely frozen solid) and those were part of our playground too. And, we chillaxed in the cabin with cards, checkers, crafts, and reading. It was the weekend, after all.

The cabin is well-built and pretty well-kept (not musty or mousey, whew), with 12-foot ceilings, big peeled logs, cabinets for storing your food and dishes, and lots of hooks for hanging stuff up. The double bed was made up with flannel sheets, the infrared electric heater was set on low so we weren’t arriving to a cold cabin, and there was firewood for the high-efficiency wood stove piled in the wood box on the porch.

Other thoughtful touches include room-darkening shades for all the windows, original artwork, our very own moose head to watch over us, and a reproduction of a 1928 hand-drawn Quetico backcountry map that I covet for my living room.

In terms of roughing it, the main hurdle is no running water. The outhouse is a short walk away and, admittedly, chilly. The cabin comes with a 20L jug of fresh water for the dispenser, and we brought additional drinking water as well. In the kitchen area, there’s a small fridge, a coffeemaker, a kettle, a microwave plus a propane barbeque with a side burner out on the porch. If it’s a snowy weekend, it’s probably a good idea to bring a folding drying rack to dry your outside gear.

No cooking is allowed inside, so we had barbequed dinners and snack-y breakfasts and lunches (think: hummus, hardboiled eggs, fruit, carrot sticks, sandwiches, cheese and crackers). Or, you can head up a few minutes up the highway to Quetico North, for no-frills diner dishes like bacon and eggs and burgers and fries, plus some fantastically good, must-eat homemade butter tarts (no raisins, but in a culinary twist, a sprinkle of coconut).

Quetico’s other “roofed accommodations,” as the cabins are known, are the small but light-filled Artist Studio, perched right on the shore of French Lake and just a short distance from the Log Cabin, and the Ojibway Cabin, a somewhat more ambitious 2-km snowshoe or ski (no winter access by car) over the trail or lake. All three are approximately $85 per night plus HST and can be booked by calling Ontario Parks at 1-888-ONT-PARK (1-888-668-7275). If, like me, Quetico is one of your favourite spots on the planet, it’s lovely to know that its sunsets, white pines, star-speckled skies and deep quiet can be savoured in the depths of winter too.

Bonnie Schiedel is the founder of www.tbaywithkids.ca, which covers fun family-friendly attractions, events and restaurants in Thunder Bay. She enjoys canoeing, hiking, snowshoeing and travel, and you can read more of her award-winning work at www.northstarwriting.ca. It's Guaranteed to be an Incredible Year if You Complete Just One of These!