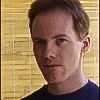 I’m driving along the Trans-Canada Highway up from Sault Ste. Marie towards the smaller town of Wawa, just 225 kilometres ahead. The traffic has thinned, with only the odd logging truck or camper coming down the other lane. There is no city here; it almost seems I’ve travelled back in time to an era before civilization. Here and there are road signs, rest stops, and intriguing little trails that lead somewhere deep into the forest, but there are also long stretches that evoke a sort of prehistoric isolation. On my right is the Canadian Shield, geologically the oldest landscape on the planet, weathered by millennia of ice ages, and grown over, seared off, and grown over again by countless tracts of generated and regenerated pine wilderness. To my left is the Lake: the inland sea, GitcheeGumee, the largest body of fresh water in the world, its far shore off somewhere beyond the horizon – Lake Superior. I’m riding on the edge between earth and water, journeying through geography and history at once. I’m entering Lake Superior Provincial Park. The contrasts, again, are striking. After leaving the Sault – a key transportation hub that links Canada with the U.S., Lake Superior with the rest of the Great Lakes waterway, and Northern Ontario with its Eastern and Southern neighbours – I have passed through the regional outposts of Heyden, Goulais River, and Montreal River, as well as the splendid smaller parks of Batchewana and Pancake Bay. In Sault Ste. Marie are some 75,000 people, who’ve created a bustling local economy that’s centred on tourism and hospitality. Quality lodging chains like the Delta, Marriott, Best Western, Comfort Inn and Super 8 compete with a variety of local indies for accommodation services; eateries of all styles abound, with a noticeable tilt towards Italian cuisine that reflects the Sault’s steelmaking past (and present); fascinating attractions include the strategic Sault Ste. Marie shipping canal and the Canadian Bushplane Heritage Centre; a busy casino and active sporting and arts scenes are also evident. However,it’s a short drive up the Great Northern Road out of town thattransports meinto the haunting and humbling Group of Seven country. It’s around here in the 20thCentury where Canada’s best-known artists’ circle were inspired to paint their most iconic works: Arthur Lismer’sIsles of Spruce, J.E.H. MacDonald’s Falls, Montreal River and The Solemn Land, and Lawren Harris’s Beaver Swamp, Algoma, and his brilliant North Shore, Lake Superior. Further into the trip around Lake Superior, the Trans-Canada veers away from the water to the rugged rock and bush past Wawa and White River, though this portion of the drive skirts the very rim of the Canadian Shield where it drops steeply into the vast and ancient pool. Native pictographs from centuries before the European incursion into North America are found along the waterline here, and off in the distance, submerged beneath the cold clear waves of GitcheeGumee, lies the subject of Canadian legend Gordon Lightfoot’s most memorable song: The Wreck of the Edmund Fitzgerald, the doomed freighter that sank with all hands during a November gale of 1975. Motoring up and down the steep inclines and sheer cliffs as I wind my way north, I also pause to remember a young man who took this same route in 1980 – only the heroic Terry Fox went not by car but courage, on his epic one-legged fundraiser against cancer, the Marathon of Hope. Lake Superior Provincial Park itself occupies an area of roughly 1,600 square kilometres, bordered on the south by Montreal River and just past its northern tip by Wawa. Barely two hours out of the Sault, and chipped as if by some gigantic sculptor with the stunning vistas of Agawa Bay and Cape Gargantua, the Park is an authentic wilderness retreat. There are no motels, snack bars, coffee shops, or souvenir stands here. Visitors to the park, myself among them, have come to experience the beauty and power of nature, not a caged or commercialized facsimile of the real thing. From the 21st Century wired world of my home in the city, I’ve logged into www.ontarioparks.com to reserve a stay at the park – it’s open from May to October, and campsites range from the basic spots to those at Agawa Bay and Rabbit Blanket Lake, fitted with phone, shower, and laundry facilities – and now I’ve arrived in the heart of the Boreal forest on the coastal ridge of the Greatest of all Lakes. A short trip away is the light and noise and amenities of the modern urban life, but right now I’m happy to find myself in these endless woods under thelimitless sky beside that mysterious, fathomless continental sea.
Visit www.saulttourism.com for more information on things to see and do in Sault Ste. Marie!
George Case I’m the author of several books, as well as numerous articles which have appeared in newspapers, magazines, anthologies, and online.  My titles include Silence Descends:  The End of the Information Age, 2000-2500 (1997),Jimmy Page:  Magus, Musician, Man (2007), Arcadia Borealis:  Childhood and Youth In Northern Ontario (2008), Out of Our Heads:  Rock ‘n’ Roll Before the Drugs Wore Off (2010), Led Zeppelin FAQ (2011), Dumbing Down Dissent:  Fads and Fallacies in Political Discourse (2011), Calling Dr. Strangelove:  The Anatomy and Influence of the Kubrick Masterpiece (2014), and Here’s To My Sweet Satan:  How the Occult Haunted Music, Movies and Pop Culture, 1966-1980 (2016). The essays here cover a wide range of cultural criticism and political observation, suitable for all readers (if not, I’ll warn you ahead of time).  Feel free to (politely) comment on or (fairly) quote from what you read here.