What’s On Tap For Your Trip?

What’s On Tap For Your Trip?

Discover your next favourite beer at the Sault’s microbreweries, where every sip is an adventure. 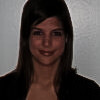 Beer has always been a source of Canadian pride. So it came as no surprise when microbreweries began to spring up across Canada in the 1980s, proving that with a few tweaks and a lot of passion, a beer can be a truly memorable and unique experience.

As Graham Atkinson, co-owner of local microbrewery OutSpoken puts it, “The whole concept behind the craft brewing industry is that you’re always pushing the limits, trying something new,” and this is exactly what Sault Ste. Marie’s three microbreweries offer: new tastes, newfound brewing passions, and new heights of beer drinking.

Inside The Kitchens of Sault Ste. Marie's Restaurants

Union Jack Brewing, located at 9 Queen Street East, named for co-owners Jeff and Jordan  Jack, is definitely one of the microbreweries  worth checking out. It offers many new varieties, including their four flagship beers: an Amber Ale with a special hops recipe, a California Common, an IPA meant for everyone (not just hops lovers), and their Rapid River Cream Ale, a light, fizzy, lager-style brew named through a locally held contest. Looking for something a little different? Try out their unique seasonal beers such as Banana Ale and Cherry Wheat Ale, made from crushed cherry concentrate from Traverse City, Michigan.

If you’re about town, you might also notice that Union Jack is pretty active in the community, sponsoring musical and sporting events, including Laird International Raceway. It’s quite likely that you’ll run into Jeff and Jordan at these events—but if not, stop by and try a brew, or, with so many great recipes, maybe a few.

If you’re in town around a holiday, you may get lucky enough to experience a beer-themed event, such as their Christmas Ale and Christmas Tree Drive for charity. OutSpoken also regularly partners with neighbour craft store Shabby Motley for events, such as “Knit Your Own Beer Cozy” for Father’s Day 2015. To give Dad a great, personal gift, patrons were invited to learn to knit a beer cozy to keep Dad’s growler cold, then go next door to OutSpoken for a discount on said growler.

While enjoying the beer, make sure to drink in OutSpoken’s atmosphere and décor. The building’s more than a hundred year history is reflected here, including its original flooring and artifacts found during the rebuilding process.

The history that the owners want to preserve is chronicled in a book that was found completely by accident. While he was rebuilding the interior, co-owner Graham Atkinson happened to be reading A Good Place to Come From by local author Morley Torgov. As Atkinson stripped back the layers of the building and flipped through the pages of the book, he realized that the house the book referred to was, in fact, the new OutSpoken Brewing building— the author had lived there as a child!

If you want to experience history  with your sips, Northern Superior Brewing Company, located within the Canadian Bushplane Heritage Centre at 50 Pim Street, is another must-see. In fact, the brewery was founded as  a way to recreate the brewing history of Northern Ontario by displaying artefacts and offering a similar product as Northern Breweries, a company founded over a century ago with facilities throughout Northern Ontario. Northern Breweries closed in 2006, but their main product is refined and explored through Northern Superior’s flagship easy-drinking, cool, crisp lager.

If you can’t make it to the microbreweries, many local restaurants and drinking establishments in Sault Ste. Marie carry local beer, but the microbreweries themselves are certainly worth the visit. Whether you want to chat with a fellow beer aficionado, have a cold drink after a day hiking Hiawatha’s trails, or just try something unique to the region, the Sault’s local microbreweries have just the right hops to bring your drink to new heights.

Christine Campana is a Northern Ontario culture enthusiast and freelance writer. She enjoys writing about the Algoma District, especially the arts, cultural activities, and great events offered in our area. After finishing her MA in English Literature, Christine completed a year internship at the Arts Council of Sault Ste. Marie & District, during which she learned more about arts and culture available in Sault Ste. Marie. For more information, Christine can be contacted at Christine.Campana@gmail.com.