Your own little piece of the Canadian wilderness

It may be a relaxing island resort but Green Island Lodge is a fishing getaway that will curb your craving for that exhilarating chase you've been looking for. 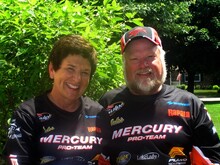 Green Island Lodge is set amongst tall red pines, surrounded by deep green forests and nestled on the shore of a picturesque bay that supplies access to 32,000 acres of crystalline fishing waters. Located in the Upper Manitou 65 air miles from Fort Frances, Ontario and International Falls, Minnesota, Green Island Lodge brings you all the comforts and conveniences of home by offering complete American Plan Accommodations.

Imagine if you will, your own little piece of the Canadian wilderness where fishing and wildlife viewing opportunities abound. A place that is only a short distance from the U.S. border that offers the type of fishing that you would expect from a remote Canadian fishing lodge. A flawless wonder of nature which boasts beautiful lakes cut from Precambrian shield glacier movements thousands of years ago. Combine this with the comforts of deluxe home-cooked meals and friendly service and you have a sportsmen’s paradise that appeals to all members of the family. Both Largemouth and Smallmouth bass can be caught on Manitou Lake. Photo submitted by Bob Riege

“Got another walleye biting,” I said to my wife, sensing the usual tap-tap patter on the line. I dropped my rod tip, slowly counted to five, took in the slack and then set the hook to cross his eyes.

This time, however, the fish hammered back, and then steamrolled straight for the boat. “Whoa!” I hollered as my rod wrapped under the stern. The fish rose high into the air on the other side of the boat.

Moments later, we both sat speechless and completely exhausted. My line was slack. The muskie was gone and so was my walleye rig.

Finally, I mustered enough strength to say, “Someday, I am going to get that fish.”

In big lakes, pike and muskie spread out into various summer patterns after post-spawn; some remaining in shallow weeds all summer while others cruise open water as loosely associated packs, chasing huge schools of baitfish. Still other muskies might hunt near bottom across mid-depths flats in the 40 to 60 foot range. Each pattern suggests different outcomes yet may still be affected by other factors. A consistent wind, blowing from the same point on the compass for several days, can draw northern pike and muskie from all of these patterns into one area, at which point they can be easily targeted.

Trophy fish are hard to come by, but if you remember some specifics about fishing in clear water you will find them at Green Island Lodge.

Game fish are mostly a structure-oriented fish. These fish will be tight to the bottom, nestled in between rocks and cuts in the sand and weeds. They may be feeding, or waiting in ambush to find an easy meal that comes their way. When fishing structure, you have to be able to stay tight to the structure or your lure presentation will not be in the strike zone of the fish; moving even a boat length away could mean the different between getting a bite and hooking bottom.

One of the very first places I concentrate my efforts on is the flats. Flats are the least interesting types of structure in a lake. There are no breaks, holes, edges, and just flat bottom. Nevertheless, even seemingly featureless flats will hold most of the active walleyes during yearly periods. On the flats, the weather has less of an impact than it does in shallow water. Fish favour stability. Relatively constant water temperature, water quality, weather, and abundance of prey allow fish to live in predictable patterns. Good fishing often accompanies stable conditions though sometimes fishing is better on the flats when the weather is poor. Flats are the major food-producing regions of most lakes. All game fish forage over flats. Therefore, the flats are the home of trophy fish.

It's easy to identify productive flats. Some prime flats drop off steeply into the deepest areas of the lake. Walleyes that use these areas typically during daylight and move shallower regions at night to feed on a variety of prey species. Baitfish such as cisco, white fish and shad will move shallower at dusk. The depth of a good flat can vary from only a few feet to well over 20, depending upon the lake and the season. Flats with a fairly soft or sandy bottom carpeted with low weeds, with patches of cabbage rising above the carpet, attract fish.

Submerged weeds develop as the water warms in the summer. Weedy flats hold baitfish that attract fish at night. Walleyes can feed in dim light. They have a feeding advantage over most prey species after dark. When fishing these flats I rely on my Lowrance HD 7 depth-finder to tell me if anyone is home on these flats. I usually like to look for a good shelf that comes out from an island that has boulders on it. This is the structure that many walleye keys in on to rest and ambush their prey as they slide back and forth from the shallow to deep water. These are transition areas where the fish come to feed.

Naturally, what attracts the baitfish also attracts the walleye. The other thing that my depth finder unit allows me to see is how active these fish are. Many times you can go over the flat and you will see that the walleyes are moving up to the top portion of the flat, this signifies that they are in a positive mood and within minutes you should be landing a nice plump walleye in your boat. In low light conditions or on windy days don’t hesitate to longline troll FL-18 Rapala’s over the flats. In the clear water of the Upper Manitou, you will need to get the bait away from the boat and the long lining will get the bait down to the depth of the active fish.

During daylight, if you can't fish during perfect conditions, it is usually better to concentrate on deep fish, moving into the shallows or on a transitional edge. You should look for fish-holding areas where wind crashes against a barrier or where the wind churns up the water rather than fishing where it is calm. Sometimes in dark murky waters, high bright sun-filled days trigger a feeding frenzy because the sunlight gets all the tiny critters moving and in the cycle of fishing the end of the food chain will be the bigger fish.

Constant bottom contact is essential even though it increases the potential for snags. Use a large jig head, 3/8 to 1 oz. with a wide hook gap to deliver the bait in wavy conditions. Or if you are after those trophy lake trout Heddon Sonar Bait vertically jigged is a great producer.

For more information about lodging and fishing at Green Island Lodge on the Upper Manitou contact: Bob & Ginny Riege Bob and Ginny Riege are both former educators who reside in Austin, MN. Bob and Ginny own and operate Outdoor Promotions. Outdoor Promotions is a print media company. They are freelance outdoor writers/photojournalists are both members of Association of Great Lakes Outdoor Writers and the Outdoor Writers Association of America. Their articles center around instructive ways to catch more fish or harvest game, and promotional work for industry and editorial mentions for Canadian resorts.