An adventurer's dream village, Rossport, sits on the Ontario north shore of Lake Superior. This hidden oasis is adored by locals and nature lovers alike. 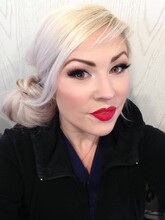 By Vicki Banning
Vicki is a staff writer for Superior Country

Rossport is a charming village on the north shore of Lake Superior. This hidden treasure is cherished by locals and evokes a feeling of calm and tranquility. A unique seaside hamlet that almost feels nostalgic as though you’ve read about it before and pictured this exact place in your mind’s eye.  A picturesque oasis that makes you truly appreciate nature and your connection to it.

11 Things to See and Do in Neebing, Ontario

Here are the best things to do while visiting Rossport.

Being a coastal community, Rossport is a paddling mecca for kayakers from around the globe. It's known not just for its easy access to Lake Superior and the National Marine Conservation Area, but for the paddling opportunities in and around the large group of islands just offshore. The proximity of the islands, and the protection they provide, offers the ideal experience for paddlers. Outfitters and guides have various guided paddling options offering anything from a few hours out on the water to days-long excursions island jumping and camping under the stars.

2. sea arches and lighthouses in the Rossport Archipelago

The Rossport Archipelago is the largest group of islands on Lake Superior. A few points of interest for paddlers and boaters exploring the islands are the Lookout Trail on Quarry Island, Sibley rock formations on Channel Island, and the sea arch at Wilson Island. The Battle Island Lighthouse is arguably the most intriguing attraction on this group of islands. The lighthouse can be seen from the water and the lighthouse grounds are open to explore. The islands not only provide protection but are also rich in wildlife and rugged beauty.

Rossport has a way of inspiring artists—just check out the work of accomplished potter, Tim Alexander. When visiting his studio, Island Pottery, on Nicol Island it's apparent the influence that the surroundings have on his work. Tim says, “The view to open water and nearby islands is wide and always in the background. It encourages a feeling of expanse. Images from life in the boreal forest and the lake regularly find their way on to my work in one way or another.” It is nearly impossible to leave his studio without purchasing a one-of-a-kind creation.

Rossport offers some comfortable and beautiful places to spend the night. The Serendipity Guest House features four spacious studio units in a uniquely structured guest house. The Rossport Inn Cabins offers nine cabins situated next to the Historic Inn, all with a stunning view of the Rossport Harbour. B&B on the Beach is situated right on the Lake Superior shore with 2 queen rooms and homemade cuisine made with fresh ingredients straight from their greenhouse. The Willows Inn B&B sits directly across the marina dock overlooking the bay and has four large rooms and a common area with a cozy fireplace. Nestled in Nature B&B is located on Nicol Island on the shore of the lake. A beautiful and relaxing place where you can enjoy a nice sauna, campfire, comfortable room, and delicious breakfast.

Whitesand Lake Campground offers lakeside camping, perfect to watch sunrises and sunsets from the comfort of your camper

Superior Views is a gorgeously appointed guest house on Nicol Island. It is equipped with a living area, queen bed, kitchen, and washroom and as the name suggests, has incredible views of Lake Superior. Yurt it Up North is a deluxe private yurt overlooking Lake Superior. This ultimate glamping retreat has a queen bed, kitchen, living area, indoor fireplace and access to sauna, gazebo, BBQ, fire pit, and private washroom. Rainbow Falls Provincial Park has two campgrounds, the Rossport Campground situated on the shore of Lake Superior and the Whitesand Lake Campground where Rainbow Falls can be visited.

The Group of Seven were a group of Canadian landscape painters in the 1920s and 30s. They painted scenes that inspired them during their travels so it’s easy to understand how painter Lawren Harris found inspiration right here in Rossport. At Wardrop Park you will find a Group of Seven interpretive panel. Sit and soak in the scenery where creative inspiration was born. Harris’ painting Rossport, Lake Superior depicts Quarry Island as seen from near the docks.

Exploring the hiking trails in Rossport offers a variety of incredible scenery and terrain. The Rossport Coastal trail is one that should not be missed. It begins at Wardrop Park and follows along the shore of Lake Superior for 1.5 kms ending at a scenic highway rest area. Along the way take a moment to soak in the stunning views of the Rossport archipelago in a set of Parks Canada Red Chairs.

One of the countless marvelous views found along the Casque Trail, taken in "Death Valley"

The Casque Isle Trail is a 53 km trail that begins in Rossport and ends in Terrace Bay. The section of the trail in Rossport is the 14 km Mclean’s Segment. This section offers raised beaches, glacial erratics, Rossport and Terrace Bay Heights Lookouts, and the beautiful cascading Rainbow Falls. You can’t go wrong with either of these trails and they both offer breath taking views of Lake Superior.

One of the perks of being a small community is that there isn’t a lot of lights contributing to light pollution. Rossport is very low on the Bortle scale and those visiting in the evenings will experience a dark sky bursting with stars. Rossport is the ideal place for night sky viewing, particularly during a meteor shower. Opt for an overnight stay at one of Rossport’s cozy accommodations and experience a night sky like no other.

Rossport was named after the construction manager of the north shore route of the Canadian Pacific Railway, John Ross in the late 1800s. Prior to that, it was named McKay’s Harbor after the Battle Island Lightkeeper. After the construction of the railroad, Rossport became a prime commercial fishing location. At its height, Rossport shipped hundreds of tons of fish annually. The Rossport Fishing Derby was a huge international event that at one time brought over 4,000 attendees. It began as a small local competition in 1937 though is no longer running.

These are just 8 reasons to plan your visit to the scenic waterfront town of Rossport—but there are many more. Happy travels!