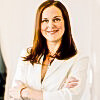 By Kim Latimer
Kim has contributed to CBC Radio One, National Hospital News and Teacher's Magazine

If you’ve ever toyed with the idea of trying cross-country skiing, Thunder Bay is the place to do it. The city boasts world-class groomed trails, and it is easy to rent skis from the experts at Fresh Air.

“We are so blessed for the skiing we have in Thunder Bay and in Northwest Ontario. Locally, we have Kamview Nordic Centre - the largest cross country ski club in the country with over 35kms of groomed trail,” says Al Cranston of Fresh Air. “We also have Lappe Nordic Centre, which is arguably one of the best racing centres in the country. Not to mention, over 50kms of trail at Sleeping Giant Provincial Park (home of the Sleeping Giant Loppet, formerly the Sibley Ski Tour) and trails out at Kakabeka.”

Cranston is the local guru when it comes to cross-country skis. He’s a local avid skier who’s been in the business of selling skis at Fresh Air for 40 years. He’s also “the guy” we locals turn to when it comes to understanding the basic technique of waxing skis for the right weather conditions. Cranston knows exactly what to do to help you glide and grip depending on the temperature.

“Ideal skiing is: it snowed yesterday, they groomed the trails, it’s -6 to -10 degrees out,” Cranston explains. Regardless of the type of skis you choose, “all skis need an annual tune up and need to be hot waxed on the tip and tail for glide,” says Cranston. “A professional wax should last for about 100km or so, depending on how much you ski.”

Ski rentals cost $20 per day and are professionally waxed for glide. You do the grip wax yourself (they can tell you how). If you own skis, a professional wax at Fresh Air will cost you $12-15.

Combine the cost of a rental and approximately $20 for a day ski pass – you are looking at skiing for as little as $40 a day. “Skiing is a sensation,” Cranston says. “When your skis fly across the snow, the silent smoothness is like putting your canoe in the calm water. It’s amazing just how quiet it is and it’s so beautiful after a fresh snowfall when the trees are laden with snow, when you have those magic days on your skis.”

Kim Latimer has been a working in journalism and communications for 15 years. During that time she’s contributed to CBC Radio One, National Hospital News, Canadian Teacher’s Magazine, Northern Ontario Medical Journal, Northern Ontario Business Magazine, The Walleye Arts and Culture Magazine, and is a freelancer for regional newspapers. In 2013, she launched her own writing and communications business. She holds a degree in journalism from Carleton University (2000). Kim has also worked in various communication roles in heath care, arts and culture. She was the lead organizer of the Prime Minister’s visit and national media event at Thunder Bay Regional Health Sciences Centre in 2011, and has collaborated with provincial and regional healthcare agencies including Cancer Care Ontario, in her previous role as Communications and Health Promotions Planner for Regional Cancer Care Northwest. From 2000-2005 Kim lived and worked in London, England for the Commonwealth Press Union and Commonwealth Broadcasting Association. In that role she secured grant funding, organized and assisted with media ethics and media law seminars in Pakistan, Kenya, Ghana, Barbados, and Sri Lanka.