Three local restaurants to satisfy all your cravings 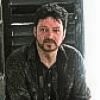 Sushi—the Japanese delight; awesome because of its variety, low-fat, and nearly sugarless—can be subtle with minimal ingredients or as layered as a sandwich. Traditional sushi is sour-tasting, whereas western sushi is more flavourful and rich. Sushi contains cooked fish, while sashimi is raw. The misconception that sushi is raw is because it is served cold. And although sushi restaurants can be very elegant, sushi began its history as a Japanese fast food.

I invited my friend Shigaro from Japan to a sushi restaurant while he was visiting Thunder Bay. When his plate arrived, he was disappointed at the sight. He frowned hard and grumbled loudly, “This is not sushi!” But after chop-sticking a sample into his mouth, he nodded in surprise and said, “But… it tastes… very good.” He later admitted, smiling happily, that the meal was the best sushi he ever had. And thus he discovered the benefits of food culture fusion; Asian dishes westernized with great success using a dab of mayonnaise and a sliver of avocado.

Well, it’s more complicated than that, which is why our sushi hounds in Thunder Bay eagerly support four sushi restaurant:; one on the north side of the city (Sushi Station) and two on Arthur Street (Wasabi Japanese Restaurant and Tokyo House). Each restaurant has about eight different traditional and western styles of sushi, with western versions of their names in their menus generally all in short-form; Chira, Inure, Maki, Nigiri, Oshi, Nori, and more. Many share the same ingredients ,but are presented differently with varying cooking treatments, some vegetarian.

The all-you-can-eat option is offered at all of our sushi restaurants, incorporating the rule that if one in your group chooses this option then all have to partake. However, for about $10 less you can fill yourself up just as satisfactorily with a regular meal and an appetizer. The Bento boxes, combo dinners, and shareable group options are just as good and great alternatives to all-you-can-eat.

Wasabi is a favourite restaurant for couples and friends who are up for quiet conversation and spending quality time with each other. Serving sizes are huge. The quality of their sushi is of prime importance. Seating at peak hours Friday and Saturday might be limited, so book ahead. Some booths have screens, so you can hold hands and keep the conversation extra private.

Tokyo House has the largest seating capacity and is family-oriented, offering primarily sushi dishes along with Thai and Chinese food. The all-you-can-eat special includes Thai and Chinese foods, found in the large stainless steel chafing dishes across from the open sushi kitchen where you can see the sushi-chef at work.

Sushi Station serves primarily all-you-can-eat. They have two large rooms, both opened for dinner in the evening. They have good options for lunch, offering all kinds of sushi along with Thai food and pizza. The Bento boxes are not in a box, but spread out on several plates and a great deal.

All three are excellent with great variety and similar pricing. All have the all-you-can-eat option. When ordering all-you-can-eat, a trick is to order the more expensive sashimi first before you fill up on sushi. And just so you know, in all my years of eating sushi, I’ve only ever had a happy tummy.